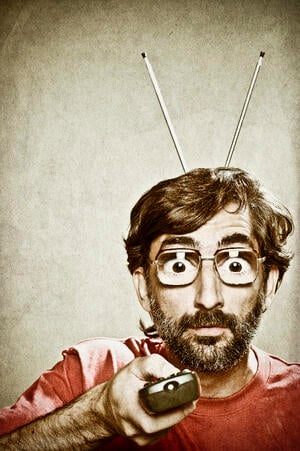 Thanks to streaming services like Netflix, HBOGO and HuLu Plus we want entertainment and we want the entire story arch now! Usher in the era of live streaming which no doubt is stoking and cultivating a culture of instant gratification and binge watching!

What was the first show you ever binge watched? Mine was Lost. I binge watched the first season on DVD so I could then follow the series weekly thereafter, but that was nearly ten years ago and who watches Broadcast TV anymore let alone live TV? Tivo or OnDemand? That too has peaked and become passé,

According to this Nielsen report, media consumption is growing (by 4%), largely in part due to digital media options (think tablets, smart phones and computers). Not to mention the sheer options we’re afforded via all the competing entertainment platforms. We’re spending on average 5 hours/day in front of a device consuming programming, or more than 75 days/year watching “TV!”

If one is spending 20% of their year watching programming, it better be good! Enter Netflix and its high quality/Emmy winning programming like “House of Cards” and “Orange is the New Black.” Not only are these programs releasing seasons all in one shot, but they are literally changing the way the entertainment business is actually doing business. If you want a quick recap on this topic watch the ever popular and powerful speech by Kevin Spacey at the Guardian Edinburgh International Television Festival where he extols the benefits of breaking out of creatively stifling TV-pilot process and moving towards an entertainment model that supports what viewers demand.

What does this boil down to? Data – big data and content marketing genius. Let’s be honest, Netflix is a for-profit business. If we Americans want to binge watch, not only will Netflix (and their competitors) fuel that fire, but they can augment their business success by using data to see which shows and types of programming that we flock to so they can produce more and therefore keep individual’s on their entertainment platform. Gone are the days of mass marketing campaigns aimed at the generalized population, everything must be segmented or relevant to the individual, and this includes entertainment. And companies like Netflix are giving us what we didn’t even know we wanted…

Case and point: while I can’t say I don’t like men in kilts who speak with a Scottish brogue, how else would I have come across and watched like ten episodes of the old (2000) BBC series “Monarch of the Glen” this past weekend? Can we say “Because You Recent Watched…?!” And before you make fun of me, think of your secretly embarrassing binge watching forays. Touché!

As a marketing professional I certainly can appreciate (and concurrently rue – I can’t get those wasted hours back!) the growing success of streaming platforms that are knocking content marketing and targeting out of the park! My job is the same, though focused on job seekers, based around big data and segmented marketing. In fact, jobs such as these are on the rise, particularly in entertainment. Looking for a fascinating career that is both a mix of what I call science and art; then the cross between data science and marketing is for you! Just see the third shocking truth about working in the entertainment industry if you don’t believe me. And if you’re not quite sure you can hack this career, then take our quiz on do you have what it takes to making it in the entertainment industry; don’t worry we won’t ask you to authenticate your score to Facebook!

From new career options and changing business strategies, to how we consume entertainment and more, technology is propelling us into uncharted cultural waters. Perhaps neither a good nor a bad thing, nonetheless something to follow as the tides of our lives become increasingly shaped and shifted by the realities that technology creates…   On that note, I now have the itch to go binge watch Battlestar Galactica!

This blog was written by Cindy Lombardo. Cindy holds nine years of experience in the staffing industry having worked in the capacities of recruitment, project management, training and marketing. She is passionate about following emerging applicant trends as well as educating others about both the growing talent deficit and strategies that can drive better recruitment efficiencies and return on investment. Cindy spends her time outside of work running a non-profit opera company, practicing judo and playing with her crazy dog Scruffy.

With nine years of experience in the staffing industry having worked in the capacities of recruitment, project management, training and marketing, Cindy currently focuses on developing and implementing digital strategies that target and attract talent across all industry sectors for both national and international employment opportunities. She is passionate about following emerging applicant trends as well as educating others about both the growing talent deficit and strategies that can drive better recruitment efficiencies and return on investment. When she’s not working on candidate marketing strategies, Cindy spends her time outside of work running a non-profit opera company, practicing judo and playing with her crazy dog Scruffy.

8 Secrets RPO Providers Use to Optimize the Recruiting & Hiring Process Read Post Ask a Recruiter: How to Answer the “What is Your Biggest Weakness” Interview Question…and How Not To Read Post Be Ready For The Future Of Work With These Tech Skills Read Post 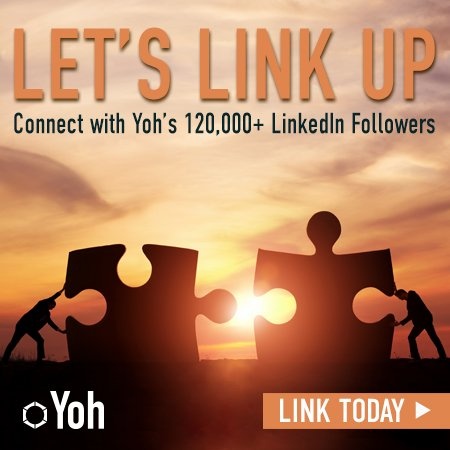