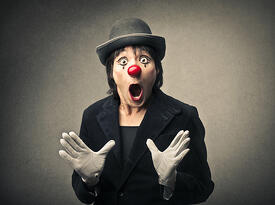 The entertainment industry has been sliced and diced in the news media, romanticized in countless movies and TV shows, and remains the mecca of many who dream of working in music, film, television, and video games. So with all the hype the industry gets, you'd think that media and entertainment jobs are as glamorous and free-flowing as the big (and small) screen makes them out to be.

Yet the conceptions that many have about working in the industry sometimes fall a step or two short of the truth. Here, then, is the breath of fresh air you’ve been looking for.

Four shocking truths about working in the entertainment industry

1. A lack of formal skills won’t kill your chances. Unlike engineers or nurses, two professions requiring years in school, many jobs in the entertainment industry don’t require formalized skills. Many working in entertainment hone their talents on the job. In the video game industry for example, the litmus test is the candidate’s passion for games, not whether he or she went to school for video game design. Some never went to college at all. Many work their way up from testers to creative directors, learning as they go.

2. The stars aren’t the most important people in the industry. For all the jobs visible to the public—actors, directors, musicians—there are countless jobs that you might never see, hear, or think about that form the bedrock of the industry. The entertainment lawyers defending intellectual property. The key grips who oversee all the rigging for lighting and cameras on a movie set. The sound designers who create the sound effects that match on-screen action. The social media strategists who spark viral demand for a new game, movie, or album. Each as integral as the next to the success of the project, but most only as visible as their listing in the closing credits.

3. Data scientists, not producers, increasingly determine which shows are greenlit. The award-winning Netflix original series House of Cards would have been seen as a risky bet in the old world of network television. Many scoffed at the two-year deal the show received without even a pilot episode—the tryout that every show once had to perform. But with a mass of data about viewer preferences and a team of data scientists and engineers to interpret that information, Netflix knew that House of Cards would resonate with its viewers. Based on that same data, Netflix also knew how to release the show—an entire season at a time, perfect for the binge-watching its viewers love.

4. If you want to strike it rich, don’t become an actor or actress. While an A-list actress might command tens of millions of dollars for every film, the average actor isn’t so lucky. Unemployment is rampant, and the mean wage was just $41.94 per hour in May 2013. Other jobs, however, like talent agents and art directors can make considerably more. Talent agents made a mean hourly wage of $46.35, art directors made $46.46 per hour. While actors get the recognition of being on screen, those behind the scenes are just as vital to creating the next hit—and may make more in the process.

The industry is expanding rapidly and media and entertainment jobs are created every day as new technologies offer different avenues to creating and delivering content. The field is vast and opportunities abound for the right candidates that understand where their skills can best be applied, whether that’s in front of the camera, behind it, or nowhere near it.

5 Tips for Selling MSP To Your Boss Read Post Why MLK Was a Successful Recruiter and Three Recruiting Strategies for You Read Post An Easy, Step-By-Step MSP Buyer’s Guide Read Post 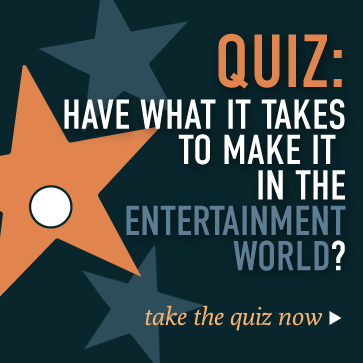