The COVID-19 pandemic has presented a variety of new obstacles in the workplace for employees. Many employees were thrust into a remote environment that disrupted typical work practices. Ultimately, employees felt the burden of this abrupt change and admitted that their professional growth was stifled in the past year. To be precise, of the 1,300 U.S. adults surveyed, 73 percent said they had not grown professionally during that time, according to a new Yoh survey conducted online by The Harris Poll.

On the other side of the coin, some Americans were able to garner new skill-building tactics—specifically, the resiliency to overcome change and become more flexible and adaptable. The results concluded that nearly 2 in 5 (39 percent) say they have found new ways to be more flexible and adaptable in their job during the past year. To nail home the point of overall resiliency exhibited by the American workforce during these unprecedented times, 76 percent say they have not found it a challenge to do their job at the same level during the past year as they did before the COVID-19 pandemic.

Here are all of the fundamentals that the Yoh/Harris Poll collected.

Want a more immersive look into the findings from the Yoh/Harris Poll. Watch the video below.

Younger professionals are more likely to have experienced growth in their careers in the past year. 36 percent of those aged 18-34 say they have grown professionally. That is the highest rating of all the age groups (vs. 25 percent aged 35-54, 19 percent aged 55-64, and 15 percent aged 65+).

Navigating the new remote environment presented by the pandemic continues to be an uphill battle for enterprises and employees alike. Only 27 percent of Americans who were employed in the past year grew professionally during that time. Rapid introduction of complex software, inability to facilitate proper communication channels, and lack of engagement are driving forces. Younger professionals witnessed greater professional growth than older generations. It would be naïve to underestimate the impact of technology proficiency in explaining younger generations' professional growth. Either way, the entire American workforce deserves praise for their resiliency and adaptability to these unprecedented times.

Michael Stedman is a Digital Marketing Specialist writing to support Yoh's Specialty Practice. He is responsible for the creation of digital campaigns, social media content, and blogs aimed at expanding the recognition of Yoh's specialty practice areas. 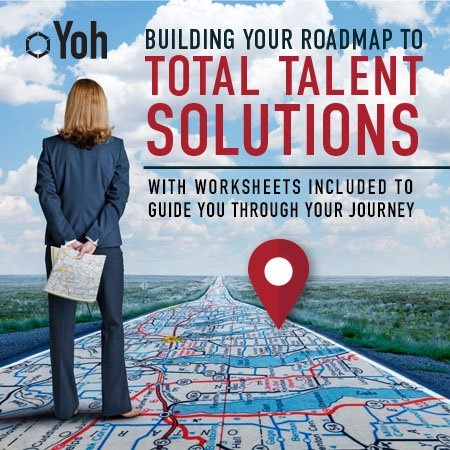