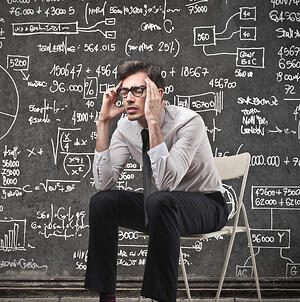 2014 was a wild year. Economic volatility defined the markets, hacking exploits heightened the focus on data security, and the effects of Obamacare and a falling unemployment rate were the subject of much debate among experts across industries. Businesses of all stripes will continue to feel the impact of many of these headlining events on their recruiting and hiring in 2015. And if you look closely enough, you might even learn a few lessons for where to take your hiring plans in the new year.

1. The Bakken formation, now one of the largest oil fields in the United States, is in which state?

There are more than 8,000 wells pumping oil from the Bakken Shale today, compared to less than 900 at the start of 2009, and with huge deposits of oil remaining, the demand for petroleum engineers and drillers, among other positions, will remain steady.

2015 Takeaway: Have a plan in place to easily ramp up hiring when demand accelerates as fast as it has in the oil and gas sector. A hiring partner can bring in skilled, hard-to-find talent, and build a pipeline of top-flight candidates to help meet your needs.

As Apple Pay and other mobile payment solutions gain ground in payment terminals, demand for developers, security experts, and other specialized talent will rise.

2015 Takeaway: Tech is always a competitive space, and growing fields will only exacerbate the issue. If you depend on this kind of talent, maintain a hiring pool with the help of a managed service provider (MSP) or recruitment process outsourcing (RPO) and be ready to hire as trends change and the marketplace shifts.

3. This retail giant announced more than 56 million credit card records were stolen in a cyber attack.

After Target’s data breach in 2013 and Home Depot’s breach this year, every company should focus on locking down its customers’ personal information.

2015 Takeaway: Staying ahead of security with a solid base of IT talent; including cryptographers, programmers, security architects and analysts, and more will keep your customers’ email addresses and credit card numbers safe.

4. The unemployment rate dropped more than a full point in 2014. How many jobs did the U.S. add?

2015 Takeaway: As more people find work, there’s the potential for wage growth and a shortage of qualified workers, so plan accordingly. Calling on an RPO provider can free up internal HR experts to focus on planning and executing your long-term business goals.

5. Which 2014 movie had the biggest opening weekend at the box office?

a) Guardians of the Galaxy
b) X-Men: Days of Future Past
c) Dawn of the Planet of the Apes
d) Transformers: Age of Extinction

Big blockbusters still bring people to the theaters—Transformers: Age of Extinction brought in more than $100 million on opening weekend.

2015 Takeaway: Box office success depends on make-up artists, animators, costume designers, and even social media experts just as much as on directors and actors. Source the best candidates for even the behind-the-scenes roles in your organization in order to achieve the greatest chance at success.

6. These two funnymen are the new hosts of two prominent late-night talk shows – can you name them?

2015 Takeaway: Grooming Media & Entertainment talent, as NBC did in Fallon, and being able to attract top candidates, as CBS did with Colbert, allowed these late night franchises to seamlessly pass the torch and engage audiences nationwide. Think about not just where you are today, but where you want to be in the coming year.

7. How many Americans enrolled for health insurance through exchanges established by the Affordable Care Act (commonly known as Obamacare)?

2015 Takeaway: The Affordable Care Act is creating new opportunities for nurse practitioners and primary care physicians as the patient base grows. Think about how wellness programs could improve employee engagement and how your occupational health stacks up.

8. Which two space travel companies were awarded contracts by NASA to bring astronauts to the International Space Station?

Boeing and SpaceX will ferry astronauts and supplies to the International Space Station starting in 2017.

2015 Takeaway: The growth of new industries, like commercial space flight, creates new avenues for specialized talent (like aerospace engineers). RPO and MSP partners can extend your reach to these increasingly hard-to-find candidates.

9. What weather pattern caused prolonged cold weather in the eastern and central U.S. in early 2014?

The Polar Vortex froze up the first few months of 2014, and iced over consumer spending and hiring.

2015 Takeaway: Extreme shifts can create slowdowns for your business, so plan for any staffing adjustments that might be dictated by events outside your control, and how you’ll ramp up hiring again when normalcy returns.

10. This World Cup-winning country defeated Brazil in the semifinals by a score of 7-1—the most lopsided World Cup semifinal ever.

a) Portugal
b) Germany
c) Italy
d) The United States

Germany’s national plan to build a network of talent has paid off: Germany’s 2014 World Cup victory was its first since 1990, and its fourth overall.

2015 Takeaway: Advanced planning and dedication to your talent pipeline will pay off big when you want results.

8-10: Genius. You’re like a human Flipboard—you’ve been tuned into the news all year long and understand the changes, challenges, and opportunities that come with a recovering economy. Keep on keeping on.

5-7: Sittin’ pretty. But don’t get too comfortable. Like Google Alerts, you may have missed a story here or there, but you know your current events better than most. Try to keep an eye on what’s trending rather than wait until something becomes headline news so you can work with your staffing partner in advance of changes, rather than having to play catch up with your workforce.

2-4: Out of the loop. Let’s toast to your new New Year’s resolution: Keeping track of the big stories that impact your hiring plans and bringing them to management early on. Not only will you better meet your own goals, but help your company achieve its objectives, too. Cheers to the New Year!

0-1: Living in a bubble. We get it, sometimes you need to tune out the news, especially when celebrities are out there breaking the Internet. But make sure your team has a handle on what’s going on in your industry so you’re prepared to manage the ups and downs of recruiting and hiring.

Recovery in 2015? 4 Economic Bright Spots That Could Mean Yes Read Post The Good, the Bad and the Ugly Workforce Trends of 2015 Read Post Make 2018 the Year of the Yes with These Staffing Resources Read Post