Employee ENGAGEMENT is Alive and Well 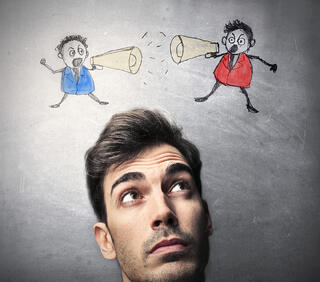 Employee engagement is often stated as a priority for many companies and a common buzz word for human resources. Worker confidence on the other hand, is a lot more “fuzzy” as a concept. It can include employee engagement, but then enters the realm of feelings. As in: How do you feel about how you are engaged at work? Or, more to the point: Do you feel secure in your employment?

Recently Yoh has begun to dip its toe into the waters of employee engagement with the Worker Confidence Index, published in cooperation with HRO Today Magazine. Even though the results are in the early stages of the yearlong survey, some interesting trends have already started to surface.

The crux of the survey is about perceived employment security. In the survey, we ask about involuntary job loss, the likelihood of a promotion, the anticipation of a raise (of at least three percent) and overall trust in company leadership.

Having just released the results from Q1 of 2015, here are just a couple of the interesting finds revealed in the complete report.

Yup, of the younger workers (and the recently named largest population) we surveyed between the ages of 18-24, 59% said they trust management. This is versus only about 35% of those over 55 and as you get into the 65+ range, it falls to 25%. Go figure. I think conventional wisdom would say that this group might not be so trusting. But what this does say to me is that they want to trust management. And as you get older, based on your experiences good and back, you may not trust management as much.

This is a tremendous opportunity for HR and companies in general. We know that this group tends to want quick paths to advancement, and perhaps is OK with jumping from company to company every few years. But what if you could help to make them believe in the company and the management? Would they stay? What if a company created succession plans and ways of moving these workers into other areas of the company to gain experience, learn and then become the trusted leaders they admire?

Not to be jaded, but I think that’s a lot more doable than to turn older, fed-up employees into believers. Not that older workers couldn’t become believers, just that it might be easier; especially when you consider that our baby boomer population is starting to retire in droves. And you are starting at almost 60%, rather than 25%.

The results show that in the ranges of $35K-$50K and $50K-$75K, which I am saying is about middle income in most parts of the US, about 9% of the respondents thought they might lose their job. At the lower end, less than$35K, 12% fear they might lose their job, which is down from a high of 17% at the end of last year. For higher income workers making between $75K-$100K, there is a small spike to almost 12%.

What this says to me is that there is still great uncertainty among those still employed, many of whom have seen large layoffs and hiring freezes. During the Great Recession, many middle managers were eliminated and the data seems to show that there is still significant fear among this group. It also says that if we are engaging this group, they need to know where they stand and how they fit into the company’s long term plans. At the lower end, this may be a bit of a seasonal adjustment (versus Q4 of 2014), but may also have to do with less skilled positions where workers feel they could be easily replaced.

Those are just a few of the findings, and as we await Q2 results, you have to wonder how workers are really feeling. It’s clear the economy is better, but just how much better? Workers seem to be changing jobs more often, but are those just in high-demand areas?

In any case, it’s clear that it hasn’t gotten any easier to retain and engage workers. But data can help. Download the current report and look for the next update to give you an idea where things are going.

Recession to Succession: The necessity of investing in employee engagement (Part 1) Read Post The Virtual Edge: Determining if virtual employment is right for your organization (Part 5 of 5) Read Post Captivate Your Employees With These Four Engagement Techniques Read Post