A Declaration to My Generation: The Truth About Millennials 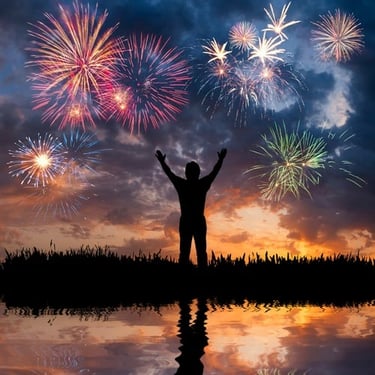 If you haven’t heard, it’s official. No, we aren’t talking about marriage equality (but that is official!). The Millennial population has exceeded the Baby Boomer generation. Before grabbing your selfie-stick and posting your new status update, pause my fellow Millennial-friends, we’ve got some damage control to deal with.

Millennials now make up more than one quarter of the U.S. population, or about 83.1 million people. That means if you were born between 1982 and 2000, then allow me to welcome you to the world’s newest largest population. But before grabbing for your cake and eating it too, consider the fact that we the Millennials are not very well liked.

Looking back to our founding fathers, they’d tell us that all men are created equal. Our refined (read older) counterparts of the Baby Boomer generation might argue that all Millenials were born with an iPhone glued to their hand and a bad attitude. Better known for coining words like “selfie” and “twerking,” this group of twenty- and thirty-something’s has been called everything from entitled, needy and self-centered.

And, with stats like the ones below, it’s easy to see why.

Not All Millennials Are Created Equal

Before declaring an exodus from my generation, I’m here to set the record straight. Us Millennials get a bad rap; especially in the work place. Often referred to as the “depressed worker” generation, consider the average millennial carries unrelenting student debt, started their career in unsteady and at times, volatile economic times, and is coping with the aftermath of a number of new social and political issues. I know what you are thinking, woe is me.

That said, I feel like what I read about Millennials is only painting half of the picture. My sphere of influence encompasses a group of hard-working, work hard/plays hard entrepreneurial-spirited folks. Unlike the few bad eggs that I often read about in major news headlines.

Setting forth on my own personal pilgrimage to reveal the truth about Millennials, I came across this 2014 White House economic study. It revealed 15 hard facts about Millennials that, quite frankly, surprised even me.

The facts in this study are more indicative of the Millennials that I know personally and work with on a day-to-day basis. When attempting to attract, hire and retain this growing population, here are three facts to highly consider injecting into your recruiting strategy and company culture; if not now, then in the near future.

Fact 1: Millennials value community, family, and creativity in their work.

The facts are the facts. Millennails are known for spending a lot of time on social media. However, according to a 2014 Pew Internet Project’s Research Study, social media usage for the 18-29 age group surpassed the 30-49 age group by only seven percent. And, approximately 65% of individuals in the 50-64 age range are active on social media.

What does this mean? Yes, Millennials are virtually connected, but they also play an active role in their community. Shifting gears back to the White House study for a moment, the report indicates that today’s average high school senior is more likely to contribute and/or lead their communities than in year’s past.

And, contrary to popular belief, Millennials carry this strong sense of community into their family beliefs. Roughly half reported that it is important for them to live near friends and family; which compared to their Baby Boomers counters is up nearly twenty percent.

Fact 2: Millennials will contend with the effects of starting their careers during a historic downturn for years to come.

Millennials currently encompass about a third of the labor pool. Many starting their careers in some of the worst economic conditions where they faced unemployment rates of upwards of 13 percent in 2010. According to the White House Study,

“The 12-month average of the unemployment rate as of August 2014 for Millennials is roughly three-quarters of the way back to its pre-recession average, broadly in line with the extent of recovery for other groups.”

While this number continues to decline, it was last at 5.5 percent as of May 2015, the number of long-term unemployed Millennials continues to be a challenge for this age group and the country as a whole.

Fact 3: Working Millennials are staying with their early-career employers longer.

This is a big win for Millennials. Often looked at as not playing nice in the sandbox, or quick to leave a new position, Millennials are sticking it out with their employers longer than in the previous generation, Gen X.

Now, some might argue that this is a by-product of the economic climate; which I personally won’t deny to be part of the case. Meaning, the grass is not going to be greener on the other side, because there wasn’t even a yard to harvest seeds.

For me, I look at several reasons that Millennails are staying put longer in the work place. The research indicates this group wants to stay closer its community and family. That coupled with the fact that most Millennials want to own homes, you can see when work, family, community and security align, you’ve reached work-life nirvana.

There is no denying that Millennails will go on to carry the torch of their predecessors. It is a fact of life. My generation will continue to advance in their careers, bolster our economy and over- and underwhelm our seniors.

If you have the power to influence hiring and culture at your organization, look forward and not backward when developing a strategy to attract and retain Millennials. Knowing what motivates this unique (and largest) workforce population is a fraction of the battle. Enacting a plan to demonstrate you truly understand what makes Millennials tick is going to earn you big points, and even bigger talent wins!

About the Author: This blog was written by Alexandra Calukovic-Deck, aka the Marketing Guru, a digitally-driven marketer. Claims to fame include the longest possible last name ever, certifications in Strategic & Inbound Marketing practices, and lover of all things Philadelphia.