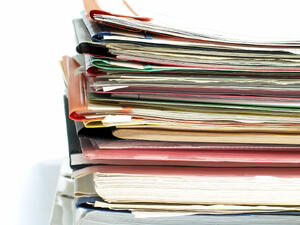 I’ve had a lot of jobs. I’m not bragging. I’m just stating facts. I worked in a shoe store. I stood in kiosk in the mall and sold golf clubs, but I never swung a club in my life. I worked in a video game arcade when video game arcades in malls were a thing, at an age that was too old for a grown man to have a job in a video game arcade. I worked in a store that sold off-brand hip-hop clothes to kids in the suburbs. I was a DJ in a tropical themed restaurant and bar. I even had a job as an Elvis impersonator. That’s right. I was paid money to pretend to be Elvis Presley at a food trade convention in a hotel conference room in Cheektowaga, NY. Was I qualified? Was I the most skilled or the most talented? Do I even look a little tiny bit like the King of Rock ‘N’ Roll? The answer to all of thosequestions is No. Well, I suppose if I’m holding a ham sandwich in the right light, if you squint your eyes, and jump up and down on one leg while you turn your head to look at me, you might mistaken me for the late 70’s, bloated, Hawaiian shirt wearing Elvis.

Sure, I wasn’t the right guy for the job more often than I was the right guy. I knew I wouldn’t be a good fit for most of the positions I had, but I needed the work. I needed the money. You know the story. You need a car to get to work. You need to work to pay for your car. Throw some tacos and a Playstation into the mix and the whole economic system is in disarray. So, if I knew I wasn’t going to be a good fit why didn’t anyone else notice before I was hired? I will accept some of the blame. I have a delightful personality and I’m a downright charming conversationalist, but how was I able to convince so many different managers that I was going to be essential to their success, help propel them forward, move the needle, push them beyond the tipping point and drive their business to the next level? You might be thinking I’m some sort of manipulative sociopathic scam artist. Well trust me if I was I would be a lot wealthier pulling the types of cons they make Grammy nominated films about, really classy films with Meryl Streep without car chases or explosions. The problem is as I see it, a good number of managers don’t know what they are really looking for when they hire people, or if they do know what it is they are looking for they don’t know how to find it.

Now, I’m not placing blame, or pointing fingers, even though that’s exactly what it appears like I’m doing. The truth is most companies aren’t taking the time to teach their people. Now, I don’t think any leader in any organization is sending out a directive to cut corners when it comes to training. But, as competition grows fiercer, and the markets get smaller it can be difficult to see the value in anything that doesn’t have an immediate impact on the bottom line. Think about your own career. How many times have you started a new job and just been thrown into it, trained using the old learn-as-you go technique. Sure, you were able to figure it out, but what about the people who aren’t as bright and talented as you?

As a company it is easy to say, “We’re going to train our managers on the right way to interview, how to identify the right people,” but if we are being completely honest we know the execution is not going to be that easy, or at least finding the right people never is.

Recruiter Trends: How To Up Your Recruiting Game Read Post How Much Truth Is There to a Reference Check? Read Post 5 Reasons You Need RPO Now (and This Upcoming Webinar) Read Post