How Much Truth Is There to a Reference Check? 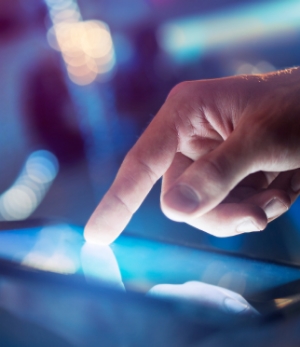 Some employers are weary of reference checks because they’ve been burned in the past; a misleading glowing reference that ultimately led to the hiring of a subpar employee. According to a 2013 CareerBuilder survey, 27 percent of employers report that a single bad hire can cost more than $50,000. With this conflicting information, how much stock should hiring managers place in reference checks?

A major part of the candidate screening process is the reference check. But sometimes, the candidate is so impressive in person, you forego the usual procedures. Good in theory, but bad in practice. In fact, a 2012 CareerBuilder survey found the following truths surrouding background checks:

By speaking to the right people and asking the right questions, you can find out plenty about your prospective new hire before bringing them on board, and potentially, making a very expensive mistake.

Reference Checks: Who to Talk to

The first question to ask is a simple one, “What is your relationship to the candidate?” Always ask to speak to someone who directly supervised or managed your candidate; ideally on a daily basis. Also, you can watch for verbal clues. While in recent years, legal constraints have made it more difficult to directly badmouth a former employee; you can often pick up “bad vibes” from long pauses, hesitation or even an outright tone of bitterness or hostility.

10 Questions to Ask During a Reference Check:

Once you’ve made a connection with the right person, it’s critical to ask the right questions. Think of “essay questions” rather than simple “yes or no” questions, as these will make the reference think more deeply about the candidate’s strengths or weaknesses. You’ll also have more time to interpret the subtext of their remarks.

There’s one more question you may want to ask as well, “What do you think the candidate needs to advance his or her career development?”  This could reveal all kinds of useful information. Perhaps the candidate has important gaps in their education or training that prevented them from moving up in their previous job, or perhaps they were more than capable of moving up but management was fully staffed already.

Taking the time to perform reference checks can be a chore, but it can also reveal valuable information about your candidate that you won’t find anywhere else. Call with an open mind and be prepared to hear the good and the bad – with thousands of dollars riding on your decision, a few phone calls shouldn’t be too hard for you to make.