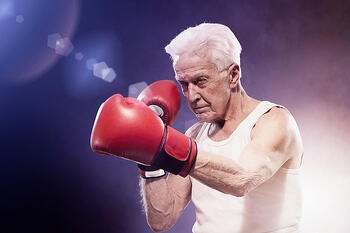 American industry and its attendant need for engineers could be mounting a major comeback due to a highly unlikely cause. The re-emergence of America as a major oil and gas producer is impacting a wide range of industries that are now choosing to locate or expand in the U.S. due to a newly discovered abundance of cheaper energy. Much of the renaissance is due to hydraulic fracturing, a technology first developed and used in the U.S. in the 1940s and now finding unimagined new applications.

Shale deposits buried miles beneath the earth were long known to hold natural gas, but these fuels have only been recovered in recent years with the advent of unconventional new engineering technologies. In North Dakota and Montana, the Bakken Shale produced its billionth barrel of oil in May, and could hold as much as 900 billion total barrels, dwarfing America’s proven 32 billion barrels of oil today. In Texas, the Eagle Ford Shale play produced nearly 3.6 billion cubic feet of gas in the first four months of 2014, and by 2020, could bring 68,000 full-time jobs to Texas alone with an economic output as big as $21.5 billion. Over in Pennsylvania and Ohio, the Marcellus and Utica shale gas plays combined constitute the second largest gas field in the world, and could produce up to 25 billion cubic feet of natural gas per day by 2020. Already, these engineering methods have helped U.S. oil production surpass that of Saudi Arabia.

Impacting a wide range of industries

All this activity has reinvigorated employment in the energy sector, which saw a 40 percent surge between 2007 and 2013. But it’s expanding other industries as well. It’s estimated that American manufacturing could add as many as one million workers thanks to the domestic shale revolution and cheaper petroleum products.

A lot of this new employment revolves around petrochemical manufacturing, an industry that relies on hydrocarbons as its feedstock. But it seems that all boats are rising in America’s energy resurgence. It’s estimated that American marine engineers and naval architects will see a nearly 11 percent rise in employment over the next decade as more American flagged vessels shuttle energy and finished product to foreign markets.

And there’s even evidence that more traditional manufacturing is returning to America, onshoring from Asian markets. In today’s smart manufacturing economies, where costs are driven more by energy than labor, the ability to capitalize on lower energy costs is convincing component and finished product manufacturers that America is now the land of both lower energy prices and reduced shipping costs to consumer markets.

The return of landmark engineering projects

Twenty years ago, highly qualified petroleum or mechanical engineers might have had to move to Norway to design offshore oil platforms or to India to build dams or water purification systems. But with the advent of cheaper energy here in the U.S., landmark infrastructure projects are destined to return to American shores.

Right now there are plans to construct 351 additional gigawatts of electric generating capacity from 2013 to 2040, with 73 percent of it fueled by natural gas. In addition, 1,723 miles of pipeline projects are on the horizon. That doesn’t include the ships to be built on the Gulf Coast, new rail systems throughout middle America, and production facilities that need to be brought online near East Coast consumer markets.

All this activity is spurring huge demand for technical and engineering talent as well as project management expertise, much of it on a temporary project basis. “American engineering was among the first industries in the world to benefit from the efficiencies and flexibility of contingent labor,” said Mark Atkinson, Managing Director at Yoh. “As early as the 1950s, manufacturers and energy companies realized they could move more swiftly and gain more ground by employing nimble talent acquisition practices to deploy teams of contingent workers around the world.”

Many energy companies today are recruiting as many technically trained candidates as they can possibly handle. “Right now we’re recruiting at 20 campuses across North America,” said Atkinson. “For nearly two decades, engineering talent chose other fields of study, such as software engineering, instead of the chemical, mechanical, and process engineering needed to power industry. That’s left a hole in our industrial base.” Today the average age of a petroleum engineer is 49. At the same time, unconventional development requires even more technology engineering know-how.

“The oil and natural gas we are exploring and producing today is much harder to get at than oil and gas was 20 years ago,” adds TK. “And we’re still 15-20 years away from reaching maximum production in this country due to new development techniques and domestic reserves.”

To reach that, the industry will undertake a wide variety of projects, many of which will be short in duration but high in value. For instance, the drilling stage in the typical hydrofracturing project takes about a month, but then produces a well capable of extracting gas for a decade or more.

This type of project orientation takes a just-in-time approach to talent acquisition.  Teams need to be deployed during the life cycle of a project and the inability to find the engineers and technical skills comes with great cost. A single day of downtime in the hydrofracturing process can cost millions of dollars. In component manufacturing a missed delivery date can warrant fines of millions of dollars whether the parts are for car, avionics, or energy customers. In this light, project management, finance, and generalized business skills also take on great urgency.

As such, it’s not just engineering where demand is rising, but also in the support services to ensure constant and profitable production. These include everything from data analysts, financial professionals, and compliance officers to human resources administrators, health and safety professionals, and environmental experts.

A recent study by Monster.com showed that industrial, mechanical, electrical, and civil engineers are most in demand right now. The University of Houston, in the heart of one of America’s highest producing oil and gas regions, has also seen demand for petroleum, chemical, process, and control engineers. And while the number of students studying petroleum engineering is tripling at many universities, just 39 percent of employers are confident they’ll find the engineering talent they need. Adding to the shortfall are employers that increasingly recruit professors out of the classroom, jeopardizing the rate with which we mine future talent.

Compounding it all is foreign demand for American engineers. The hydrofracturing technologies pioneered in America are now in high demand in countries with similar shale plays, including Poland, China, South Africa, and Great Britain. Technology developed here in the U.S. is rapidly being exported, along with engineering talent, to help these countries capitalize on the same environmental and economic benefits that natural gas has brought to the U.S.

What’s an employer to do?

Employers looking to benefit from the American renaissance should consider the following tactics:

America’s energy comeback carries a cost, and the price is engineering talent. Across industries and specialties, degreed engineering professionals are the fuel for the fire of America’s resurgence in energy, manufacturing, infrastructure, and more. Only organizations with immediate access to talent will be able to see their projects through and realize the next iconic feats of American engineering.