Women in Engineering: How to Break into Avionics | Part 2 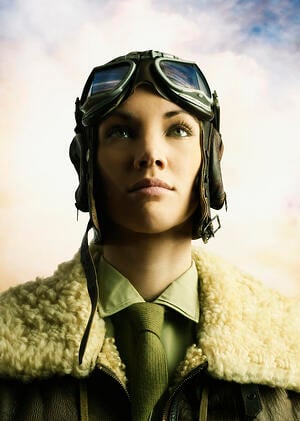 In Part 1 of Women in Engineering, we introduced you to Amy, an avionics integrations engineer at a major aerospace company. We explored how to break into engineering jobs and fly above the glass ceiling.

In this second part, we talk about where the industry is headed, and how women can make a mark in a traditionally male-dominated field.

What women want: An inside perspective on women in avionics

Q: How has the industry changed in the past five years, and what do you see for the next five years?

A: I know budgets are very tight every year and some companies are cutting back on what sort of benefits they are providing. There also seems to be less R&D from what I’ve heard happened in the past, although there are a lot of new startups happening that are developing other sides of aerospace.

But I also know there’s a lot of ebb and flow -- companies are trying to become more agile on how they respond to what the customer wants. That can be hard to see when you’ve got very large and long lead programs, but that’s what people are looking at. Overall in engineering, especially avionics, there’s always been something new to work on. Business goes up and down, but I’ve worked on a variety of different things in different programs in my 13 years here. I really enjoy it and have found it to be quite a lot of fun.

Q: How are companies working with employees to get them engaged or excited to be working in this field?

A: I know that many have programs where you can learn about all of the other aspects of engineering that are going on at the company. They have ‘lunch and learns’, they keep people involved. Engineers really enjoy learning new things so that’s always a good thing to have.

Q: What's the biggest misperception about working in aerospace?

A: When I talk about what I do, people think it’s exciting all the time but there is a lot of paperwork, a lot of trying to bring other folks together to get something fixed. But it’s also a lot of fun compared to what I was doing before in my previous career, which wasn’t my passion, and from what I’ve seen and what else is out there. Also, in the movies and whatnot it always seems like pilots are very get-up-and-go, fly by the seat of their pants kind of people, but pilots are actually extremely meticulous and detail oriented. They have to have the ability to constantly do math in their heads because it’s one way of making sure that the avionics that they’re seeing are staying on track. They have to be very meticulous because you can’t just pull to the side of the road and stop if something goes wrong like you can in a car. So, both the private pilots and the military pilots that I know, they all tend to be very detail oriented, perhaps not like how Hollywood portrays them.

Q: What's one piece of advice you'd give to other women interested in the field?

A: I would say a lot of times career advice tells people to dress up -- but it’s my feeling if you dress up too much as a female engineer people will assume that you don’t have a technical degree. Female engineers don’t tend to wear a lot of makeup whereas I know that for people in other professional fields it’s a normal part of what you put on in the morning. It is a highly male-dominated field, and what’s really most important is your experience and technical know-how. A lot of times you’re getting hands on with hardware, crawling around the hardware mat putting different parts together. So folks don’t tend to wear dressy clothes and so forth.

I remember my interview here was business causal and some people wore suits anyway, but that’s just not what the interview dress style was. So, it’s a different sort of field; you can’t always follow the typical career advice that you mind find for other professions.

I would also tell engineers that there are always high spots and low spots. What often happens is a job tends to change over time, so if it seems sort of boring right now, well then in a couple of months or a year it will pick up again.

For women, it can be great to go out to lunch with other female engineers. Even if it’s just because you’re hanging out with a group of like-minded people who, like you, would naturally go and use a spreadsheet for personal use at home. Female engineers often find that we don’t completely fit in one world or the other, you sort of straddle the two circles of societal expectations. So it’s nice to hang out with people who have the similar experience of straddling both worlds.

I remember when I was in college people were sometimes surprised that I was an engineer, but I never ran into the same shock or surprise at work. But I have some coworkers who have just retired or are nearing retirement who recall that when they started engineering and had to visit a company, people were very surprised that it was a female engineer that was visiting. I haven’t seen that in my career, so things advanced at least that much in the last 30 years. The pace of change is slow, but it is better than it used to be. You always want things to go faster, but it does seem to be slowly improving.

Once you’re working in a place and people get to know you and get to know you’re competent, that’s the only thing that’s important to most engineers. Sometimes you have to just sit back and prove yourself, but all engineers have to do that to some extent. Once you prove you are competent, things get easier and you don’t have to keep proving yourself every day.

About seven years ago the project I was on got canceled and I had to move to a new project, and it took six months to a year or so to really prove myself again. That might be typical for engineering as a whole, though, that you kind of have to prove your competency over time. It can be a challenge for anyone at a large company, or when you’re learning something new, but engineers like challenges.

Q: Who is a leader who inspires you in your career?

A: My first manager out of school was an older gentleman that would bang the table and shout, and that’s just not something a young female can use as a management tool -- it does not translate well. So one of the reasons I came to my current company was because I wanted the chance to see a variety of management styles and that has really been the case.

My previous boss’s boss, who just recently moved to a new position, is a woman who is relatively quiet spoken but quite friendly. She has a very good way of being firm and getting her point across when she needed. I remember once someone was texting in a meeting while she was talking and she looked up at him and asked him if he had something to say. And he replied, “Oh, no, sorry,” and put his phone down for the remainder of the meeting. That was her way of getting his attention, being polite, but still being clear that he should be paying attention. I thought she had good, creative ways of coming across authoritative without raising her voice or having to shout. She is a great leader that I look up to.