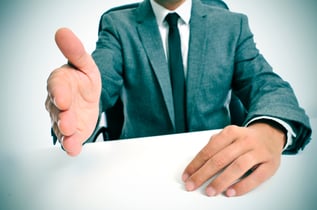 If you ask most organizations, they’ll likely tell you one of two things when it comes to their hiring process.

Either they think, “It’s just fine as is, and thank you very much for asking.” Or they’ll tell you, “We’re working on implementing industry best practices (whatever they happen to be) to improve our process.”

The problem is that both are missing perhaps the most critical element to transforming an organization’s hiring process.As an organization that specializes in hiring, we know that today’s hiring landscape is more complex than ever before. Even with the U.S. unemployment rate at its lowest level in years, the average job opening is still attracting more than 250 resumes. Complicating matters further is the fact that companies are having difficulty keeping the people they do hire and are seeing a 46 percent increase in voluntary departures since 2010. These hires that don’t work out are costing U.S. businesses a whopping $536 billion annually.

How can companies combat this seemingly dire hiring outlook? More often than not, the issues companies have in finding and keeping highly-skilled talent can be solved by adding an advanced level of feedback to the hiring process. Without receiving constant feedback from current employees as well as candidates and candidate references, an organization’s hiring process will never be as strong as it could be. Though this may seem like common sense, most companies fall into this rut and operate on a poor, or non-existent, feedback loop.

Here are some tips to introduce some overlooked elements of feedback into your hiring process and improve screening, hire better workers and prevent the best employees from leaving.

1. Request feedback from all candidate segments

Contrary to what many organizations may feel, feedback from those individuals who ­were not hired by the company is arguably more valuable than feedback from current employees. Why? Because those people who weren’t hired are often the most honest about their qualms with the hiring process.

In addition to sending out surveys to those candidates who have received an offer or accepted a position, companies also need to be polling those who were not given an offer, as well as those who weren’t even interviewed. In order to get the most reliable information, the survey should be simple, easy-to-complete (think 2-3 minutes), and tailored to each candidate segment—those that have accepted a position, received an offer but not accepted, did not receive an offer, and those that were not interviewed. Along with scale-based questions that allow respondents to rate each aspect of the application and hiring process, surveys must also feature qualitative questions about the process that allows for more candid feedback and specific aspects to improve.

2. Get more out of references to reduce turnover

Too often, hiring managers will use professional references simply to confirm facts on resumes, ensure a candidate was truthful during an interview, and certify that the candidate is generally a good person. And while these are an important part of the process, they don’t allow companies to get the full value out of these third-party perspectives.

In addition to telephone reference checks, many companies are now beginning to introduce digital reference checks via email surveys. SkillSurvey is one company that provides this service by asking references to rate candidates from one to seven on 30 different behaviors. Comparing candidates against data from individuals who were hired in the past, SkillSurvey can rate a job seeker’s probability of being a quality hire and likelihood to leave the company early, based on reference feedback. This more quantitative method of assessing a candidate can help reduce turnover and bad hires by identifying those outliers before they’re even hired.

Much like how employers conduct exit interviews when an employee is departing the company, HR should also conduct “entrance interviews” after the hiring process. Just because a candidate accepted a position doesn’t mean they had a pleasant hiring experience or that they’re immediately enthralled with their new employer – their feedback is fresh and critical at this point.

While the process is still recent in the new hire’s mind, companies should request anonymous feedback either prior to a new employee’s start date or within the first few days of hiring. Obviously, this feedback can help improve the hiring process by identifying areas that an employee who accepted a job would like to see change. But, perhaps more importantly and similar to reference responses, the information culled from this immediate feedback can create a database of employee insights from which future hires can be evaluated for cultural fit and likelihood to leave. Especially when paired with… (see No. 4).

4. Use continuous employee reviews and tech-enabled feedback to inform hiring

Most people think of regular performance reviews as a way to gauge employee satisfaction and evaluate employee performance. The best companies use them continuously as a means to improve their employees and their hiring process.

In addition to the typical one-on-one discussions that take place with employee reviews, companies today are increasingly implementing digital reviews and feedback that can be submitted at any time. JPMorgan Chase, for example, uses a tool it designed called Insight360, where managers and employees can give performance-related input at any time—whether just following a meeting, finishing a project or after a job well done.

Additionally, companies are encouraging continuous company feedback that allows employees to evaluate their own satisfaction with their job, management and future goals. When examined against feedback pulled from periodic employee reviews, this data can help employers identify trends and determine their likelihood to leave the company. For example, if an employee’s overall satisfaction with her job on a scale of 1-10 has been consistently trending downward in the eight months since she was hired, it could indicate that something went wrong in the hiring process and/or it’s time to have a more serious conversation with her about the causes of her discontent.

No matter whether you’re just starting to make feedback a part of your hiring process or are ready to introduce more advanced techniques, leadership must remember one thing—it cannot be fully effective without trust. In order to get the most out of feedback from candidates, employees and references, there needs to be trust that those giving feedback won’t be reprimanded or criticized for freely sharing their opinions and honest reviews of the hiring process or those who hired them. Without it, feedback will almost always be watered down and never deliver the insights that lead to real change.

Gathering feedback has always been an important part of improving a company’s hiring process. And in today’s workforce climate, it’s more important than ever. By introducing new layers of feedback into and beyond the hiring process, companies can improve the talent they attract, reduce turnover, and create a more empowered workforce.

About the Author: Jameel Rush is Director, Human Resources for Yoh. He oversees key HR processes such as talent management, employee development, change management, and organization design. Jameel has been recognized numerous times for his work in the Philadelphia and HR community. Jameel also serves as an adjunct professor at Temple University and participates in their HR Roundtable which uses local professionals to help guide the curriculum of their Human Resources Program. 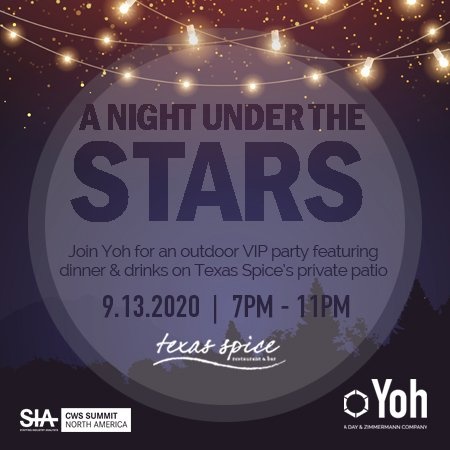