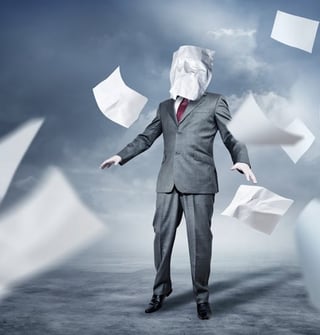 Effective employee development requires an understanding of an individual strengths and weaknesses. Such knowledge enables managers and other leaders to tailor training and coaching efforts towards addressing specific problems within the workforce and draw upon specific strengths, in order to improve results.

As outlined in the CSO Insights 2017 Sales Manager Enablement Report, employers and sales managers can only actually achieve their goals by getting the most from their own teams. It is for this reason that managers need to be actively enabled to fulfill their role as a coach and mentor.

In many organizations, one of the key responsibilities of managers is to carry out annual performance reviews, so that strengths and weaknesses can be highlighted so individual performance targets can be set. However, in this post, we explain why it may be time to ditch this approach.


Annual performance reviews are such an ingrained part of corporate culture that some find it difficult to imagine a workplace without them. However, they are also deeply unpopular, with a staggering 87 percent of employees and managers finding them neither useful nor effective, according to a 2005 survey from People IQ.

In a report entitled The Worst Flaws of Performance Reviews, TINYpulse found that 31 percent of managers found them too time consuming, while other criticisms highlighted included the potential for managerial bias, an emphasis on the negative and a skewing of feedback towards recent events and things that went wrong.

"Few institutional practices are as old, or have been hated as long, as the performance review," says Vauhini Vara, writing for the New Yorker. "Studies suggest that more than half of a given performance rating has to do with the traits of the person conducting the evaluation, not of the person being rated."

With that being said, there is evidence that the practice is dying out. For example, in 2015, the consulting firm Accenture announced that they were ending annual evaluations and replacing them with much more regular feedback. Microsoft, Adobe, Colorcon and IBM have all reportedly done the same.


Switching to a more dynamic system, where feedback is offered much more frequently, but much more informally, can address many of the issues with performance reviews. For instance, it eliminates the bias towards recent events, which has the knock-on effect of resolving workforce development issues much more quickly.

The CSO Insights 2016 Sales Enablement Optimization Study looked in more detail at the importance of coaching and found that dynamic coaching was by far the most successful method, improving quota attainment by 10.2 percent. Across the study, dynamic coaching was also shown to improve win rates by as much as 27.9 percent.

Some have also argued the case or including much more self evaluation in the employee development process. By asking employees to reflect on their own performance, the issue of managerial bias is also removed. It can also potentially allow for a more strength-based approach to workforce development.

"Employees should feel comfortable about openly discussing where they struggle, but they should mainly focus on what their strongest skills are," says Kes Thygesen, writing for Entrepreneur.com. "This way, they can collaborate with immediate supervisors and management to find the best method for building on them.


Despite being a staple of workforce development efforts throughout the last century, evidence suggests annual performance reviews are unpopular and ineffective. Instead, training, coaching and manager enablement should be geared towards delivering much more frequent feedback, while self evaluation should also be encouraged.