Gut check time: The Role of RPO in Meeting Year-End Goals and Executing for the Future 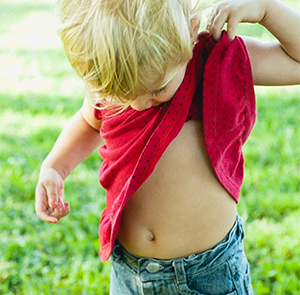 It’s the most urgent time of the year. As enterprises roll into Q4, recruitment and staffing professionals are challenged to meet 2014 goals and to lay out budgets and projections for the new year. A real gut check to be sure. But take a deep breath. It all can be managed with some reflection and a game plan for what needs to be accomplished.

In many ways 2014 will go down in business history as the ultimate tale of two economies. Listen to some pundits and it was the year the American economy roared back, overcame its losses from the great crash of 2008, and scored record earnings and stock valuations.

Listen to the bears and you hear an entirely different story. While some sectors of the economy are doing well, they say, employment advanced in fits and starts with a deceptive unemployment rate of 6.1 percent as of August. They argue it’s an illusion made artificially low by the number of job seekers who have simply dropped out of the market. To them, the big stock advances seen in the last six months rank as an anomaly, made possible by an uncertain world where American stocks are the only prized asset class.

The truth stands somewhere in the middle, which makes your 2014 review all the more difficult, and keeps 2015 goals shrouded in uncertainty.

Consequently, the time is now to review, analyze, respond, and react. With three months left, it’s not too late to meet 2014 corporate expectations, all while shoring up personal bonuses and incentives.

What are the key gut check items you need to review, evaluate, and manage? Fear not. With a mindful approach and a deeper understanding of the power and potential of recruitment process outsourcing (RPO), you stand a good shot at making 2014 a rewarding one, and 2015 the most profitable year yet for your organization and your career.

While corporate earnings climbed to an all-time high, 2014 proved to be a difficult year for staffing professionals. After six years of an incessant recession that stripped away the infrastructure of many corporate staffing departments, talent acquisition and recruitment professionals are being called to do more with less, and sometimes with very little at all.

Gone are the days of large in-house recruitment teams. They were lost along with the irrational exuberance of the bubble. That’s fine when hiring is dead in the water. But 2014 showed life, with a falling unemployment rate, more turnover, and increasing talk of a skills gap. But what if the 4.7 million available jobs and 9.6 million Americans still looking for work point not to a skills gap, but a hiring gap? As staffing infrastructure ages and recruitment teams go understaffed, many internal hiring campaigns fell short of their 2014 objectives.

If you’re running behind, now’s the time to consider the short-term advantages of RPO. “RPO providers can engage immediately,” said Andy Roane, Vice President of RPO at Yoh. “The entire business model is built to manage a constant flow of candidates through the employment pipeline. Even in the last quarter of the year, RPO providers can swarm in to immediately start surfacing candidates, even for highly skilled, hard-to-fill positions.”

Return to the master plan. What were the hiring goals and objectives for 2014? Dollars to donuts, they changed dramatically as the economy strengthened for some and languished for others.

The reality of your present business conditions could diverge greatly from what was set out in Q1 2014. You need to understand that impact and be able to communicate it throughout your organization. But ultimately you will be judged not on the changes that presented themselves, but how you responded to those changes in order to fulfill corporate growth objectives.

Did you respond? Did you react? Did you outsource the right processes? If not, it’s still not too late. RPO represents a sensible option in a changing environment. At the same time, it provides the accountability needed when end of year reviews take place. Staffing professionals get credit when they foresee impending disaster and change strategy on the fly. By outsourcing accountability, and to some degree culpability, staffing professionals can demonstrate a flexibility of approach prized by organizations during uncertain times.

It seems to happen all at once: A dormant economy awakens. What was the demand for 10 employees in one month becomes 20 the next. Fall behind in May, and you’ll never catch up in June. The compounding effect is great. Miss 50 percent of your hiring target in a 30-day cycle, and it could become 500 percent over 120 days.

RPO providers feel your pain. They’re often called in not just to unlock efficiencies, but also to overcome the cascading effect of a strengthening economy. That scalability is baked into the process and remains an important consideration in organizations made lean by the recession and budget cuts.

“Whether you need three or 300 employees by year-end, RPO providers can expand or contract as needed to meet corporate growth objectives,” said Roane. “Without staffing professionals in place, most companies simply can’t jump high enough to meet rising standards.”

Gut check #4: The lingering effects of mergers and acquisitions.

Unable to find organic opportunities to expand growth and revenue, and with treasuries stuffed with cash, American corporations are on an acquisition binge.

As of June 26, year-to-date global deal volume increased 75 percent over the same period last year, reaching its highest level in seven years. Was your organization among them? How has that affected your staffing demands? Did it add to your staffing and recruitment talent pool? Or just increase workload on an already overtasked workforce? Did it add offboarding to your responsibilities

Now’s the time to evaluate the impact of unexpected M&A activity, and how it might have slowed or obstructed broader corporate goals and objectives. RPO provides a means to manage expectations amidst the chaos brought on by M&A activity and as such may very well be part of your year-end strategy.

Think back to the bubble, when finding quality people was the rallying cry for many businesses. In that environment, enterprises were more than willing to invest, and invest mightily, in the technological and human infrastructure needed to source, attract, onboard, train, and support new employees.

When the recession hit, progressive ideas disappeared. Hiring infrastructure aged, requiring huge investments in people and technology that many companies are still not confident enough to shoulder. What is the current status of your hiring infrastructure? Does a projected investment equal 2015 demands? And is the corporation willing to invest in that infrastructure over other projects perceived as more urgent?

For many staffing professionals, Q4 represents a last gasp moment to simultaneously meet 2014 objectives while smartly planning for 2015’s expected and unforeseen opportunities. It’s a gut check, which happens every year, but made much more urgent in 2014 with an inconsistent, lumpy recovery, continued uncertainty, and the need to quickly capitalize on an awakening economy. Now more than ever, RPO is providing a smart strategy to ensure a tumultuous year ends right on target with your corporate goals.

The Show Must Go On: A New Dawn for the Entertainment Industry Read Post 3 Of the Most Common Recruiting Headaches Read Post Why the Big Game Reminds Us to Think Big in Talent Acquisition Read Post 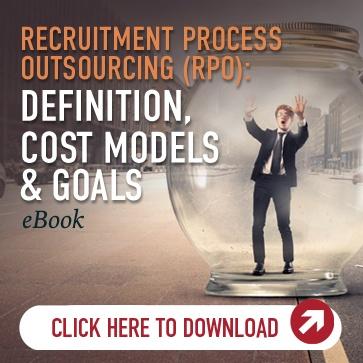