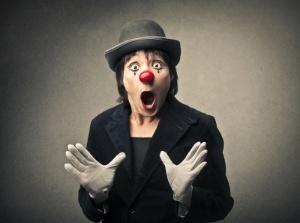 Employers spend about 6 seconds looking over a resume, and yet, even in that quick scan, the odds of them spotting a grammar mistake are high. Let’s face it, grammar mistakes on a resume are like flat notes in a song. They stick out and ruin the flow. Avoid the pitfall of poor resume grammar by using this ultimate checklist.

Your resume is a potential employer's first impression of you. It's where they analyze you for qualities like experience, dedication, leadership and innovation. To say that your performance on your resume is the single most important factor in getting a job interview is not an exaggeration.

That basically means that your resume has to be perfect; because if yours isn't, somebody else's will be. But, there's no point in going through all of that hard work if you mess it up with poor grammar.

Most people spend a lot of time honing their resume, looking for action verbs and shaping an experience to meet the requirements of a job they want. Grammar mistakes stick out, and make you look unqualified, and frankly, incompetent.

The misuse of words, inappropriate use of punctuation, the list of commonly missed grammar mistakes goes on and on. Don’t sell yourself short, read this guide to make your resume picture perfect.

Did you confuse any homophones?

Homophones are words that have the same sound but different spellings and definitions.

Do your subjects agree with your verbs?

Common errors in subject-verb agreement are:

Nouns that are singular in form but signify more than one such as band, minority, majority, class, community, team, dozen, family, or public. These are tricky because the verb rule changes depending on whether or not they are doing something collectively or individually.

Example: The community is shaken by the tragic event.

The community are taking some time to grieve.

33% of teenagers have tried smoking.

33% of the school has been renovated.

When you're looking at percentages, the verb will agree with the subject attached to the percentage such as teenagers and school.

Single indefinite pronouns such as anyone, anybody, each, either, neither, none use singular verbs.

Example: Each of the students needs a textbook.

Plural indefinite pronouns such as both, few, many and several use plural verbs.

Example: Both of them feel they need some time apart.

Grey area indefinite pronouns such as all, any, most and some can be either singular or plural.

Example: Some of them are angry at the coach vs. Some of the meat is cooked while the rest is raw.

Is your tense consistent?

When referring to past jobs, it's appropriate to use the past tense.

Example: Served as Program Director for an educational nonprofit.

But when talking about a job you currently hold, it's best to use the present tense. This is the only time when it's appropriate to change tenses in your resume.

Did you mix up your possessives and your contractions?

One of the all time most common grammar errors is confusing you're and your as well as its and it's.

Your - is a possessive pronoun that's used to show ownership of something: That's your car.

You're - is a contraction of the pronoun “you” with the verb “are”.

In other words, you + are= you're: You're early for the party.

Same concept with its vs. it's.

Its is a possessive pronoun that's used to show ownership of something: Her car's greatest feature is its gas mileage.

It's, on the other hand, is a contraction of the pronoun “it” with the verb “is”.

Did you tame your apostrophes?

A lot of people get confused when it comes to using apostrophes. Apostrophes are used for contractions (it's, you're) and to show possession (Facebook's homepage, Google's CEOs).

A common mistake is to add an apostrophe when a word ends with an “s” such as CEOs or 1980s. These words are plural, they are not contractions nor are they showing ownership. Therefore, no apostrophe is needed.

Did you check if you're overusing capitals?

Use capitals for cities, countries, schools, names of organizations, job titles and at the beginning of a sentence.

Example of overuse of capitals:

Worked for this Organization during their Transition Period.

How to fix it:

Did you make sure to avoid over-repeating a word or phrase?

Seek to use original, dynamic language in your resume. Repeating the same phrase such as “managed” will make your resume sound boring. Managing involves a lot of different tasks. Try using other words to express exactly what you did such as “led”, “designed”, “created”, “organized” and “supported”.

Did you use a spellcheck?

Typos are common. Anyone can make them. But there's no reason why they should still be there after using spellcheck and going through a few rounds of editing. If you want to try an advanced spellcheck, Grammarly is one of the best on the market.

Did you ask a friend to proofread it?

The trick to editing is having perspective, and if you've been combing over your resume with a magnifying glass for the past day or two, you won't be able to have that perspective. Ask a friend who has good grammar skills to look over your resume and wait for their feedback.

Did you print it out and read it out loud?

After your friend has read it and pointed out any mistakes, it's best you go over it one more time. After all, it's your resume and you should have the final look. Printing it out on paper and reading it aloud are two of the most effective techniques for spotting errors in your own writing.

Steve Aedy is an experienced blogger, writer and content manager at writing service Fresh Essays. He provides assistance to all who need to improve their essay writing skills, edit their resumes or get help of professional proofreader. Steve enjoys freelance lifestyle, however, career and resume writing are his favorite topics to cover.