By understanding the unique psyche of game developers and designers, studios and publishers can attract the world-class talent needed to create blockbuster titles. 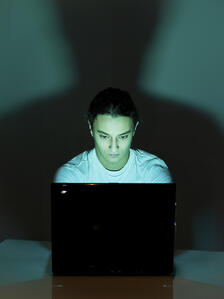 When it comes to one area of the American economy, throw out everything you think you know about hiring. While U.S. employment has been slow to rebound since the Great Recession of 2008, gaming and interactive entertainment are growing at an exponential rate.

Today gaming is a $67 billion industry worldwide, expected to grow to $82 billion by 2017. And the sales success of blockbuster titles dwarfs traditional forms of entertainment. For instance, earning $800 million in its first 24 hours of release, Grand Theft Auto 5 outdrew the movie with the strongest opening of all time, Harry Potter and the Deathly Hallows Part 2, which earned $483 million on its opening weekend. But the industry is far from an easy nut to crack for both studios and talent. Major studios and publishers are engaged in a high-risk roll of the dice, financing millions of dollars of upfront expense on the hope that a title catches fire. Their independent brethren, while smaller in scope, face many of the same risks, with success or failure resting on shallow pockets and short fuses.

For their part, game developers and designers are a unique, highly in-demand breed of professionals, notorious for their outsider perspective on business and life. After all, no mom or dad ever pointed their progeny to a career coding the artificial intelligence of an invading army or illustrating the scabbards of alien weaponry. For those in the gaming industry, their lifelong pursuit is part vocation and part avocation. Their job is also their lifestyle.

“These are people who pay their own way to go to tradeshows or conferences on weekends and holidays, because this is what they love doing,” said Vik Long, Director of Yoh Interactive. “If you’re going to be in the game industry, you need to play but you also need to be passionate about games—how they are constructed and what makes them great. That’s something that is impossible to fake at a job interview.”

Identifying, attracting, and managing this talent is a recruitment challenge like no other. In order to fill their development pipeline, publishers and studios need to recruit from a small, highly competitive talent pool. Here’s a blueprint of what publishers need to know about attracting these rare and valuable professionals.

1. It’s all about the passion, baby. Every game developer and designer aspires to conceive and develop the next big blockbuster. In that respect, they’re constantly searching to be part of the teams that will build the games of the future. At big publishers, that means the next Call of Duty, Halo, or Grand Theft Auto. But these pros are also attracted to the independent publishers crafting one-off wonders that can generate tons of revenue all while taking off from shortened runways.

Publishers need to be able to paint that picture and present themselves as the next big thing, ready to articulate a grand vision that runs through their entire recruitment process as well as the company as a whole. That vision is critical to recruits, many of whom have a pick of assignments and only go where their talent will impact the gaming community as a whole.

2. There is an I in team. The irony of great game developers is that while team work is important, they also aspire to personal recognition and success. They all know of and quietly seek to someday join the ranks of Shigeru Miyamoto, Cliff Bleszinski, Will Wright, and other legendary developers. But success in this business rests with the quality of the team. Game design and execution is as monumental as medieval cathedral building, calling upon teams of skills and talents.

Game developers know that individual success stands on the shoulders of others—animators, musicians, producers, coders, artists, and scores of professionals. “I’ve been on teams where everyone is in their own world and working as individuals, and I’ve been on assignments where the team is the focus instead of individual aspects or accomplishments,” said Kevin Campbell, a QA Senior Test Lead at Airtight Games. “Teams that place an emphasis on morale seem to be the more successful because the people in this industry have a sense of community. They have been conditioned to interact and engage from game play and want to extend that tradition at work.”

Smart publishers and studios create a team-based culture through effective management but also through the perks that appeal to this intense drive to belong. Sometimes it’s as simple as sponsoring in-house game tournaments to celebrate the very passion that drives the industry. Or it can be more fun. “Scotch o’clock” is how one West-Coast publisher marks the end of the workweek, which brings the team together to sip, socialize, and enjoy rare Scotches in a Friday wind down designed to help everyone check in on progress and direction.

3. Cast nets far and wide. Perhaps the most startling aspect of interactive gaming is the range of talents needed to produce a killer end product. Technology drives development, as does animation and art. But talent draws from just about every imaginable discipline, including music composition and scoring, writing and storyboarding, voice overs and narration, acting, artificial intelligence, and the need to understand an array of computer programming languages. And then there are the business aspect of the industry—finance, management, HR, investor relations, promotion, and marketing.

“I’ve always been interested in music. I’ve always been interested in video games. And I’ve always sought a way to blend the two,” said Caesar Filori, TK at TK. “The gaming industry has allowed me to do just that, staying true to both my interests. Most people don’t realize that interactive gaming makes heavy use of original composition. Music sets the tone for a scene or the action. My love of games allows me to understand that role and then act upon it by writing and producing original music that will be heard and enjoyed by millions of people around the world. To me, it’s more than a job. Music is something I’d do six to eight hours a night just on my own. My work is simply an extension of my passion.”

Publishers that branch out their searches to the edges—where gaming intersects with the arts—will find a wealth of passionate, highly engaged talent eager to lend skills to new titles and productions.

4. The power of loose connections. The competitiveness of the gaming community makes it difficult to constantly draw from the same talent pool, especially as demand soars for professionals who hold similar skills. After all, there are only so many people who know Objective-C or Java and still live within the gaming community. Consequently, publishers and studios need to start looking outside the obvious to areas that could bring new talent into the industry.

“Cross-platform collaboration is opening the industry to new blood,” said Michael Schauble, National Sales Director with Yoh Interactive. “The drive to play anywhere, anytime, on any device is creating opportunity for professionals from cloud, SaaS, and mobile to join the community, if they also share a passion for games, their playability, and their functionality.” It’s a talent pool that has, until now, been overlooked, but because of player demand is now being mined for highly capable professionals with the talent to improve the user experience.

The game development community is a highly tight knit web of talent coming, going, or considering their options. Managing the fluidity of this talent pipeline is a skill unto itself, beyond the capabilities of most publishers and studios. Rapid growth and an increasingly sophisticated audience is requiring publishers and studios to re-evaluate their talent acquisition strategies in order to identify, attract, win over, and acquire talented and passionate team members. Their ability to do so will determine which studios rise and fall on the ebb and flow of player interest and demands—and along the way create the great interactive games of tomorrow.

What is Quantum Computing and What Does It Mean for Future of Tech? Read Post Cash Flow Management 101: Understanding Your Cash Flow for Growing Your Business Read Post Headhunting and Recruitment: 5 Real Differences between the Two Read Post