What is Quantum Computing and What Does It Mean for Future of Tech? 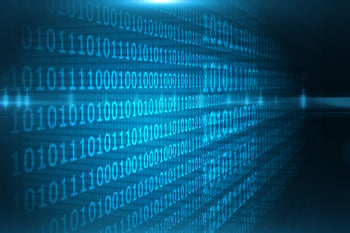 In 1943, then President of IBM, Thomas Watson, stated,  “I think there is a world market for, maybe, five computers.”

Seems ludicrous, right? Nowadays, we all carry around minicomputers in the palm of our hand. But, given that computers at that time were the size of a small house, his assessment was not that far off.

Today, a handheld device has more power than the array of supercomputers used to guide crafts in the early space exploration days. Visualize that jump in technology, and you have the implications of quantum computing in the next 10-20 years.

Experts estimate that quantum computing will make today’s computing look like the days of huge mainframe computers taking up a whole room. It has the power to make the most powerful machines of today look obsolete and help solve some of humankind’s most challenging problems in engineering, medicine, travel, climate, and more.

As I mentioned, to understand quantum computing, it's necessary to have a basic understanding of how today’s computers process information and what limitations they have.

Understanding Today's Computers and Their Limitations

Thus, as you can see, a lot of code is needed to represent meaningful information. This seems inefficient. Over the years, technology has found more innovative ways to shrink the components necessary.  We are now at the point where we are developing code on to subatomic particles. This allows us to use smaller devices with more computational power. The problem is, at some point, we won't be able to go much smaller and will run into physical limitations.

Today we get frustrated when our songs buffer, if our high def movie doesn't come through on Netflix crystal clear, or, god forbid, we get the “blue screen of death”. As our data consumption is increasing rapidly, these problems will persist and get worse. These computation and physical limitations are what the world of quantum computing hopes to address.

So, how is it going to fix our problems? Sounds magical, right?

Enter the strange world of quantum computing. In this world, data can exist as either a 0 or 1 or perhaps both at the same time.

Click here to register for our webinar to learn practical understanding of AI and intelligent automation, and what it means for talent management strategies.

How Does Quantum Computing work?

In the world of quantum physics, things can exist in more than one state at a time. Think of a quarter spinning. When it’s spinning, you don’t know if it's heads or tails until it stops spinning. Think of the heads/tails representing 0s or 1s. For cat people, this is similar to Schrödinger’s cat.

It is this concept that a physical thing can exist in more than one state at a single time that quantum computing is based on. It’s this concept that will help us expand past the physical limitations that today’s computers are running into. The scientific term for this is called “superposition”.

Instead of bits that measure two possible values (0s and 1s or ON and OFF), in the quantum world, the term “qubits” is used. Without getting overly technical, qubits, thanks to “superpositioning” can hold significantly more information, allowing computers to solve problems that are out of reach today. For instance, calculating the weather patterns for the next 20 years, mapping genomes, creating atomic simulations, breaking practically any encryption, and maybe even creating a sentient intelligence.

Imagine mapping the chemical reaction at the atomic level when you mix two volatile chemicals or being able to simulate complex patterns at a global level.

Quantum computers exist today and in fact, several large companies including names like Google, IBM, Microsoft, and D-wave, have working prototypes. Google, along with other partners, has an exciting venture with a company called IonQ that currently has the most advanced quantum computer as far as the public knows.

Several large companies rent quantum computing time via public cloud services. I expect that, with more companies entering this arena, competition will grow and this field will advance rapidly.

However, I should point out that the research is still in an early stage and there are still some limitations and inconsistencies. At this point, there is a battle for what industry experts call quantum supremacy which marks the point where quantum computing is more advanced than the most advanced supercomputer available today. For now, classical computers still hold the title, but most predict that Quantum computing will far surpass the capabilities in the next 5-10 years.

One major issue is what’s called “decoherence” which is basically a problem with the data being accurate due to the strange characteristics of “superpositioning”. More on that here.

Researcher’s estimate that these systems will not replace the type of computing that we are familiar with, but rather, that they will be part of a different parallel in terms of solving complex data heavy problems. For most practical tasks, regular computers will work just fine. But, mark my words, quantum computing will have a major impact in the next 10-20 years. If you work in a technology field of any kind, even if you are staffing tech talent, make sure you familiarize yourself with quantum computing now.

As for my perspective on this advancing technology, I’m just excited to be able to download movies in a fraction of the time, let alone simulating molecular interactions of two subatomic particles colliding. 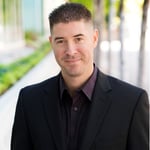 With over 13 years of experience in the staffing industry, Tim’s creativity, quick thinking, and consistent performance make him an invaluable member of the Yoh team. In addition to seeking out viable candidates for contract and full-time technical roles in the Silicon Valley as Lead Technical Recruiter, Tim is also responsible for mentoring and training our talented new recruiters. Tim’s extensive career background included recruiting for both contract and full-time placements, working with staffing firms from small boutique firms to large-scale international organizations. He earned his B.S. in Business Administration with an emphasis in Marketing from the Sacramento State University and is a firm believer in making a difference in people’s lives while never compromising his principles.

AI in Recruitment: What it Means for Recruiters and Applicants Read Post Women in Engineering: How to Break into Avionics | Part 1 Read Post Insourcing vs Outsourcing Your MSP – How Do I Choose What’s Right for My Program? Read Post