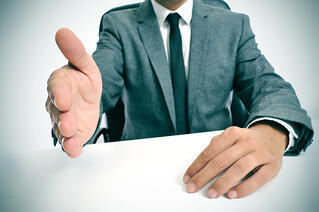 Overall, the index increased from 102.5 in Q3 2017 to 103.2 in Q4 2017. All four of the key drivers remained relatively steady with only one, perceived job security, falling over the quarter. However, even perceived job security fell by only 2.5 points. For the first time in a year, workers’ trust in company leadership increased, going from 98.7 in Q3 to 101.9 in Q4. This continues a trend of workers confidence in their leaders as the year-end approaches.

“In order to meet the expectations of quality young talent, companies have to place high priority on the employment experience from the start, including the recruiting and onboarding process, all the way through their entire careers with the company,” said Jonathan Grosso, Vice President, Enterprise Solutions, Yoh. “And while adding and retaining younger workers is key to long-term growth, engaging older workers and spreading their institutional knowledge is another issue that demands attention in today’s dynamic talent landscape.”


Bucking findings from early in 2017, younger workers have reclaimed the position of  age group most confident in a future promotion at 41.7%. The correlation between increasing age and decreasing likelihood of a promotion continues, however, as those aged 55 and older remain at the bottom when it comes to their chances of a promotion.

Black workers’ perceived likelihood of a raise at its lowest level in nearly two years.


At 37.4%, black workers are less confident in a future raise than they’ve been since Q1 2016. Their confidence has fallen for four consecutive quarters. Meanwhile, Hispanic workers reported the most confidence they’ve had in a future raise since the Index’s inception at 41.2%.