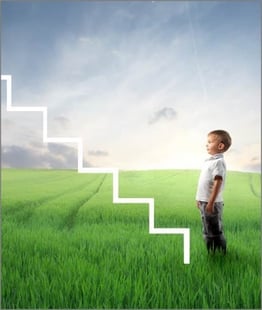 With the small uptick, the overall index bucks a two-year trend of Worker Confidence falling between the second and third quarters. However, the third quarter of 2016 still saw dips in job security, likelihood of a raise and likelihood of a promotion, which remains consistent with previous years as workers typically feel less optimistic when the year-end performance reviews and holiday shopping season nears.

“While the overall results are positive, the negativity surrounding three out of the Index’s four categories should give pause to employers as workers did not report significant increases in confidence even as unemployment continues to fall and the markets near historic highs,” said Andy Roane, Vice President of Recruitment Process Outsourcing (RPO) for Yoh.

“As the Index showed last quarter, workers still appear apprehensive about the economy’s growth over the past year and may be wary about what the next year holds both for the markets and for their own job prospects.”

“The start of a new year is the perfect time to conduct a business-wide talent assessment,” said Roane. “And now that we know the results of the U.S. presidential and congressional elections, businesses should assess their talent landscape and see how possible regulatory changes could affect their business as well as what their staffing needs and goals are for 2017.”

“The demand for talent among businesses is expected to increase even more in 2017, and only the companies with detailed and distinct plans for acquiring that talent, with the resources to help them achieve their goals, will be able to keep up with that demand.”

Workers’ perceived likelihood of a raise decreased slightly in the third quarter of 2016 from 102.5 to 100.3. However, optimism is still significantly higher than it was a year ago, which saw workers perceived likelihood of a raise at 93.8 in the third quarter of 2015. As has been the trend, men are more optimistic about raises when compared to women. Additionally, millennials were more optimistic than older generations, minorities were more optimistic than whites, and workers with at least some college education were more hopeful than the less educated of receiving a raise of 3 percent or more during their next review.

Survey Methodology
Each month, HRO Today magazine employs ORC International's CARAVAN® Omnibus Surveys. Approximately 333 interviews are conducted online each month. Respondents are individuals age 18+ who are working full-time in the U.S. Quarterly reports are issued based on 1,000 responses per quarter. Respondents are asked a series of four questions. Each question uses a Likert-type scale where respondents rate each question on a 1-5 scale, with one being “Very poor” and 5 being “Very favorable.” The four questions asked are:  Involuntary Job Loss Possibility, Likelihood of Promotion, Anticipation of a Raise of at least 3% and Trust in Company Leadership. To view the entire study, please visit, www.HROToday.com.