Shows Significant Increase in Worker Confidence About Perceived Likelihood of a Raise, Nearing Peak Levels of 2015 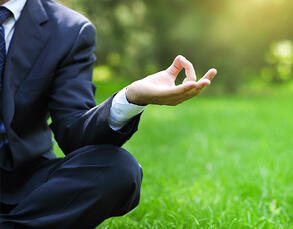 Confidence levels remained relatively stable across three of four categories in the second quarter of 2016. The overall index grew to 99.7 from 96.8 in the first quarter of 2016. The largest gains came from workers’ “perceived likelihood of a raise,” growing by an unprecedented 12.2 points during the quarter.

Despite the net growth in the overall index, it still lags 2015 levels, indicating some level of residual employment uncertainty and potential apprehension ahead of the upcoming presidential election.

“The spike in workers’ ‘perceived likelihood of a raise’ follows what we typically see coming out of the first quarter as many Americans begin to expect raises as fiscal years come to a close,” said Andy Roane, Vice President of Recruitment Process Outsourcing (RPO) for Yoh. “The smaller changes in expected promotion, job loss and trust in company leadership hint that while companies may be doing well financially in mid-2016, employees are still apprehensive about a full recovery, especially with the historic 2016 presidential election looming.”

Implication for HR and talent industry

“During presidential election years, employers tend to pull back on hiring until all the smoke clears,” said Roane. “While some employers can be reluctant to hire until the country's next economic direction becomes clearer, workers can often become hesitant about future prospects when policy changes could potentially affect their employment.”

“This is not the time for complete inaction,” said Roane. “While, typically, election results do not significantly alter a company’s staffing needs, this is the perfect time to conduct a talent analysis to determine current workforce status, develop future needs and goals, and discover where gaps lie and how to best fill them.

“We’re seeing our clients asking more often about these types of changes in the employment market and how they can stay on top of their talent demands and scale up or down as necessary, while also building talent pools to meet future needs. Changes in employee sentiment can make it difficult to do both of these things without additional resources.”

KEY TAKEAWAYS OF THE WORKER CONFIDENCE INDEX™ INCLUDE:

Over the past year, likelihood of job loss has consistently stayed between 8.4 and 8.6 percent. Women continue to report higher levels of confidence in their job security than men (6.8 percent likelihood of job loss for women and 10.5 percent for men). In general, minorities tend to anticipate job loss more than whites (12.2 percent for blacks and 14.2 percent for Hispanics versus 5.9 percent for whites). Overall, the youngest, poorest, and most educated respondents reported the highest concern about job security.

Survey Methodology
Each month, HRO Today magazine employs ORC International's CARAVAN® Omnibus Surveys. Approximately 333 interviews are conducted online each month. Respondents are individuals age 18+ who are working full-time in the U.S. Quarterly reports are issued based on 1,000 responses per quarter. Respondents are asked a series of four questions.  Each question uses a Likert-type scale where respondents rate each question on a 1-5 scale, with one being “Very poor” and 5 being “Very favorable.” The four questions asked are:  Involuntary Job Loss Possibility, Likelihood of Promotion, Anticipation of a Raise of at least 3% and Trust in Company Leadership. To view the entire study, please visit, www.HROToday.com.