One of the nation’s largest companies in the banking industry was unable to quickly scale up high-performing Agile software development teams to meet changing business requirements. Faced with the need for ﬂexibility in hiring to support high-tech skill sets across multiple teams on an ad hoc basis, the company wasn’t getting consistent, high-quality results from its suppliers.

Yoh development teams were instrumental in delivering a credit card partner launch for this customer which in turn generated over a million new customers in less than four months.

More than $14 Million in assets

1.5 Billion credit cards in circulation in the U.S.

Banking is big business and as with most big things, moving quickly can prove tricky. Considering the rise of agile software development among organizations big and small, the ability to operate in short, controlled and targeted sprints has transitioned from a nice-to-have to a need-to-have. When Yoh’s client, a U.S.-based bank holding company specializing in credit cards, home loans, auto loans, banking and savings products, wasn’t getting the kind of quality results needed from its other suppliers when tasked with putting together teams, Yoh was called in to save the day. Having worked with the client in other capacities since 2008, Yoh was ideally positioned to tackle the task at hand. Which is good, because that task was a tough one—the client needed three agile software development Sprint teams in four weeks, a job that typically takes months.

Finding the very highly skilled, speciﬁc talent needed for these teams, which would include a total of 24 developers, Business System Analysts (BSAs), Quality Assurance (QA) Engineers and Scrum Masters, would, as mentioned, usually necessitate a months-long recruiting process. In this case, Yoh’s client had a client whose needs meant “months” weren’t an option. Putting together these sprint teams would need to be an exercise in speed itself. Without the luxury of time, Yoh’s recruiting experts kicked into overdrive.

Yoh has never been in the business of just “checking oﬀ boxes” for clients. With both technical and functional experts on hand to thoroughly vet each candidate well in advance of reaching the client, Yoh’s secret to its continued success lies in dedication to discovering the very best individuals for the role. The recruiting team is highly specialized and incredibly familiar with the particular skill sets required to ﬁll the open positions. Even when on a tight timeline, there’s no skimping.

The initial search was a vast one. While there was a good deal of talent in the client’s home base of Chicago, the level of skill needed for each position necessitated much broader strokes. Candidates with experience in Java from across the country were considered, questioned in numerous rounds of interviews led by Yoh’s technical experts and eventually passed along to the client—even if that meant Skype sessions at all hours. In the end, Yoh pulled about half of the 24 total recruits locally and the other half from its nationwide search.

With two teams—16 highly skilled, not easy to ﬁnd, individuals with very speciﬁc expertise—fully formed within two weeks and the third buttoned up within a month, Yoh met the client’s needs with ﬂying colors in a way only Yoh can—but the true proof would be in how well the teams did what they were speciﬁcally built to do.

The function these teams would perform — and the reason such a quick, hard deadline was in place — was tied into the client’s recent acquisition of the U.S.-based credit card operations of a multinational ﬁnancial company. As part of this acquisition, the client needed to develop processes for signing up new customers interested in opening a line of credit with a big-box store in Canada. Which means that when the teams were creating the code as part of this project, they needed to incorporate French and English—and Canadian English (think “defence” and “travelled”). Seemingly minor, it essentially meant the work to develop code would need to be doubled—and double-checked—to ensure no potential business was lost because of language barriers.

The client’s environment was homegrown and highly customized, which meant, unless Yoh’s team had previously worked for the recently acquired company, they’d have to learn the new development framework—quickly. Because the teams Yoh put together were made up of quality, talented individuals, often with extensive background in the ﬁnancial industry, they were able to hit the ground running with very little on-boarding required, while navigating new processes. There’s no lag time once Yoh gets oﬀ the blocks!

Through its ease-of-use, the software was able to deliver increased productivity and ease-of-access for those associates tasked with helping customers open up that new credit line. Within four months, the software they developed resulted in the addition of more than a million new accounts. Not too shabby!

These new accounts were made possible by Yoh’s diligent, eﬃcient eﬀorts in recruiting top talent. Specialized skill requirements and an abbreviated timeline were challenging expectations– gladly accepted and completely exceed by Yoh’s recruiters. A feat that would have proven diﬃcult for others to do with months’ worth of wiggle room, Yoh accomplished in a fraction of the time.

The work that Yoh did for the client—and the results that work yielded for the client’s client—was above and beyond what many people would expect but is exactly the kind of work Yoh does day in and day out. It’s why Yoh continues to be a trusted partner, both for this company and the many, many others who have seen outcomes of the same high quality caliber for themselves. 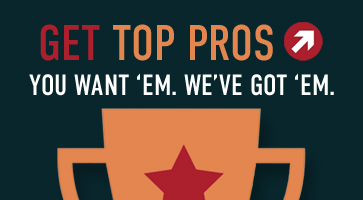