TECHNICAL TRANSITION: TRANSFERRING IT CONSULTANTS TO A YOH-MANAGED PROGRAM 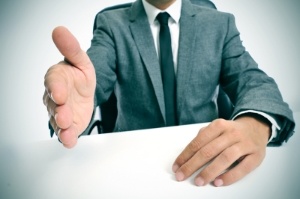 When a consulting partner acquired a new piece of business, it was forced to dissolve its staﬃng contract with a telecommunications giant. With diﬃcult-to-replace contractors working on projects not yet complete, the telecom company needed to ﬁnd a way to keep its talent on board while not losing any momentum on the work they were doing. It was a challenging prospect when contractors were in limbo and weren’t sure if they'd be able to remain on their projects or needed to quickly look for work elsewhere.

Yoh to the rescue! To ensure as many consultants as possible remained on their projects while incurring little turnover, the company called on Yoh to come in and transition all the talent to a Yoh-managed program. A trusted, local partner for the company for many years, Yoh was the natural choice to assess the consultants’ current beneﬁts and compensation, negotiate new contracts, and transition much of the talent from full-time employees to Yoh-based, hourly contractors.

In a short timeframe, Yoh transitioned consultants to a Yoh program with minimal turnover and complete satisfaction from both the client and the talent. Yoh managed contractual diﬀerences to keep everyone happy and on their projects, negotiated better rates for the client, brought tremendous savings and, of course, ensured deadlines were met and no project went unﬁnished.

$1.4 trillion U.S. telecommunications spending in in 2015

Momentum and consistency are very real and very powerful aspects of business. For companies, it means employees are all operating at high eﬃciency and delivering results that build on each other. For workers, it means consistency in job status and, in turn, work output and work happiness.

But when momentum and consistency are disturbed, like what happened with one of Yoh’s clients, it can throw the entire success of the business or of certain projects in jeopardy.

A leader in the telecommunications space, Yoh’s client had about two dozen consultants of diﬀerent levels working on various technology projects across the business. Projects were going smoothly and work output was great. But when the consultant company they worked for acquired another company and was forced to dissolve their contracts, each consultant was at risk of losing their job and disrupting the numerous projects they had been working on.

So when the company needed a hero to swoop in and keep as many consultants on the project as possible, they called on a trusted partner, Yoh to save their projects and their business momentum.

Coming as a bit of a shock to company leaders, one of its consultants acquired another business and would be forced to dissolve all of their consulting contracts with the telecommunications company. These full-time consultants worked across the company on critical development projects as IT developers, iOS developers, systems architects, business analysts, advanced applications engineers and more. As the backbone of some of the company’s credit card, ecommerce and banking transactions—speciﬁcally web and mobile applications - losing this high-paying, in-demand talent would cost more than time. Many had decades of experience and had become integral parts of the company, often bringing in new business on their own.

Because of their importance to the business, the company wanted to do everything in its power to keep as many of these consultants on their projects as possible. And as a partner that had been working with the company in a variety of ways for a number of years, Yoh was the one to do the job. However, transitioning these consultants over to a Yoh-managed program wouldn’t be as easy as rewriting a contract and changing the name on the top of a paycheck. These consultants were full-time employees with their previous company and if they stayed, would need to become hourly Yoh-managed contractors instead. Not an easy conversation to have with a signiﬁcant salary and bonus structure.

Despite all of this, failure to keep a large portion of the consultants on board was not an option. Yoh would need to dig deep into its bag of tricks to convince them to remain with the company. And that's exactly what they did.

A week after Yoh began working on the project, a meeting was held between Yoh, the client, the old consulting company and all of the consultants to let them know they were no longer employed by their consultant company but were all going to be oﬀered comparable beneﬁts packages if they chose to work for the client as part of Yoh. Yoh introduced itself, discussed the process for transitioning, what would change, and the timeframe for when it would happen.

In order to fully transition the consultants, Yoh conducted a thorough analysis of their compensation bonuses, benefit plans, expenses and travel, mandatory conference attendance, professional development costs, vacation time, sick time, and more. With this information in hand, Yoh conducted one-on-one meetings with the consultants to discuss their options, draft offers and detail the benefits of working with Yoh.

Since these consultants had previously been full-time employees, Yoh had to creatively incorporate bonuses—both retention and performance-based—vacation time, travel and expenses into their hourly compensation structure and oﬀer. As hourly employees without the beneﬁt of two weeks of vacation time, Yoh accounted for that by adding what their payout for two weeks of vacation would be to their hourly compensation rate. Since they were no longer getting paid time oﬀ, this increase in their hourly pay allowed them to still take vacation without seeking a reduction in their overall earnings.

In less than a month, Yoh negotiated with and transitioned 12 consultants from their previous company over to a Yoh-managed contractor program. After the transition was complete and the contractors were back to working on their projects. Yoh ended up delivering more than $1.3 million in savings to the client versus what spending had been before Yoh took over.

By working with the client and the consultants to deliver contracts that were fair and commensurate with previous compensation, Yoh was able to save the client from losing key components of its IT projects. Whether in an emergency situation—or as part of a long-term assignment—Yoh can deliver talent and cost savings designed with momentum in mind and success at heart.