Why You Should Integrate Cybersecurity into Your Software & Application Development Process 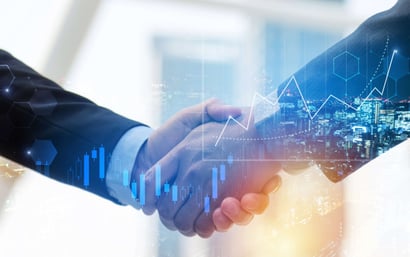 Cybersecurity is becoming more synergized within businesses than ever before. And today, it's being looked at as an enabler rather than a blockade. However, because Application Security is the most emerging Cybersecurity practice from a skillset perspective - much newer than Network Security -  the talent gap still exists. Nowadays, every company has applications, and hackers are out there looking for any unpatched vulnerabilities within them.

The risk is vast and has been an afterthought for too long. Rather than maintaining the status quo, Software and Application Security needs to be established at the beginning stage of the development process and implemented throughout it.

It's time to integrate Cybersecurity into your development process, and here's why.

Recent research findings show that the application layer is one of the highest-risk areas where the most potential damage can occur. Risk is typically present through insider targets or lack of protection and is primarily due to a focus on speedy timelines rather than security..

As a result of risky development processes, confidential company information can be exposed, causing harm to your company, employees, customers and reputation. Mitigating this risk takes a knowledgeable DevSecOps team proficient in utilizing the various Application Security measures that will secure your environment. These can include:

REASON 2: MOVING FROM DEVOPS TO DEVSECOPS

You’ll also want to integrate Cybersecurity into your Application Development process due to a seismic shift in the mindset of modern development teams. Despite sharing similar methodologies, there are significant differences between DevOps and DevSecOps, and it all boils down to priorities.

Departing from the Old: About DevOps

DevOps’ main goal is to increase the speed of software delivery. This is done by enabling continuous collaboration, communication, automation, and integration between programmers and system administrators/admins throughout the software development process. It ultimately allows developers to gain control over the production infrastructure.

Unfortunately, here the emphasis is not on Cybersecurity. DevOps is known for prioritizing software delivery over any other objective.

Emphasizing the New: About DevSecOps

In a nutshell, DevSecOps is a further development of DevOps and is an emerging skill set that emphasizes Cybersecurity. DevSecOps' main goal is to shift security to the left by placing security at the forefront of the Application Development process. It's all about building and intertwining security during conception and within the Application Development process rather than at the tail-end or as an afterthought. Some of the main benefits include saving time and money by identifying issues before a cyber attack. It also enables logical consumer bases, increased sales, better customer loyalty, and rotation in the market.

The only downside is that, when initially implemented, DevSecOps practices may increase the development time. But once this mindset is fully adopted into the team’s development process, the advantages include improved writing and delivery speed and more secure codebases.

REASON 3: THE SHIFTING ROLE OF SECURITY & THE SKILLS GAP

Finally, we’ve seen a shift in the role of security altogether. In a lot of cases today, Cybersecurity is separated from IT and is its own function. More than ever, it’s being viewed as a business enabler rather than a hindrance to business. When it’s done right and security is at the conception of technology and the development process, it makes for a much more streamlined business that saves money and time while delivering a top-notch product.

Still, the shifting role of security has led to a skills gap. Because Cybersecurity is now a requirement rather than a nice-to-have, it’s more important than ever to have a well-rounded, highly skilled DevSecOps team. Talented SMEs who understand these challenges and can navigate them effectively are critical in the Software or Application Development Lifecycle. To better navigate such talent solutions, our Cybersecurity team has you covered. 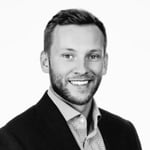 Laurence is a Sr. Manager of Cybersecurity and IT for ERG, a Yoh company. He leads ERG's Cyber Security division, providing bespoke Security, Risk & Compliance workforce solutions to our partners across the West Coast. 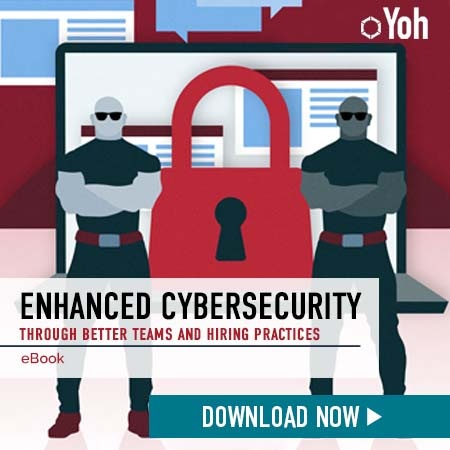