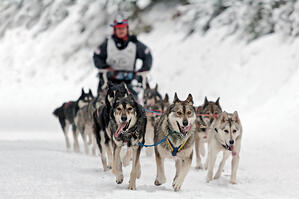 You see it everywhere on social networks. People whose main job is to “get the word out” about open positions or company news. They are effectively trained in the use of hashtags on Twitter and the use of groups on LinkedIn.  For the most part, these social media gurus are good at their jobs. But if one person can be effective, can’t two people be twice as effective? And if two people can be twice as effective, how effective can four be? Eight? I’m not looking to turn this into a math problem, so I’ll give you the answer. It’s a lot. I’m not saying that companies should bolster their social media recruiting staff, because they actually already have them employed...I’ll get back to this in a second.

For the past two and a half years, I have predominately recruited engineers to build jet engines. I’d like to think that I’ve done a good job. The managers that I support are satisfied with the work that I’ve done and the candidates I’ve provided. But the one thing about my network is that I find it smaller than I’d like when it comes to the talent in the fields that I recruit for. I’ve reached out to engineers and attempted to connect, only to be rebuffed. Why, you ask? Believe it or not, there is a stigma attached to the title of “recruiter”. To many passive candidates, I’m a glorified salesman hell bent on getting their butt in my client’s seat to collect that commission (even though I don’t work on commission). To other companies, I’m a poacher, a predator, a petty thief who would love nothing more than to steal away from them their most valuable employees. Sometimes, it can be hard to overcome that stigma. But you know who doesn’t have that stigma? And you know who’s probably connected more engineers than I am? My client’s engineers.

That’s right, my secret weapons are my client’s engineers. Armed with a set of people who love their jobs and a very good referral program, I’ve exponentially increased my outreach and I’m now equipped to tackle that recruiter stigma.

The advantages are there. First off, no one can argue that increasing the visibility of your posting is a bad thing. As for the second part about tackling the recruiter stigma; ok, maybe I overstated it just a little bit. Let me put it this way: If you’re looking to buy a craft beer, whose opinion are you going to value more, the sales person or the brew master? Obvious answer.  I’m not saying that the sales person doesn’t know what he’s talking about, nor am I denying that the brew master has some incentive to sell, but isn’t there just that much more credibility when the man whose job it is to make the beer suggests that you might like the IPA as opposed to the Stout? And that’s the added value of having an engineer essentially “validate” my job postings. Not to mention they have a more trained “palate” if you will, and can better tell an IPA Engineer from a Stout Engineer. I’m a Märzen guy myself, but I digress.

The best part is that it’s not too much of an investment on the part of the employees. I post the job posts, all they need to do is connect with me then like, share, retweet, or +1 my post. So with one click of the mouse, my visibility is now increased by Bob’s network of 200. With another click, it’s increased by Bill’s network of 500, and so on and so forth.  Again, not trying to turn this in to a math exercise, but you can get the idea of the effect. This shouldn’t replace any social media strategies you have going, but it can definitely bolster it.

So the next time you’re looking to expand your social media presence, look no further than the employees of your company or your clients company. They can carry just as much social media clout as the much seasoned social media specialist with half the effort.

Justin Favela is a recruiter supporting one of the world’s largest Aviation companies. He lives in Centerville, OH and enjoys watching soccer, reading and cooking spicy foods.

Justin Favela is a recruiter supporting one of the world’s largest Aviation companies. He lives in Centerville, OH and enjoys watching soccer, reading and cooking spicy foods.