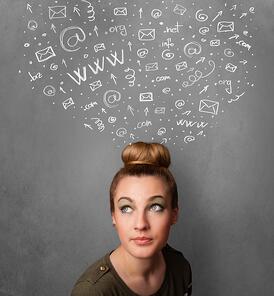 A grumpy cat, divorce attorneys, your high school science teacher, almost everybody in the world is on Facebook. So the next time you see your hiring manager or recruiter liking or sharing a Facebook post, don’t jump to conclusions. Facebook should play an integral role in your social media recruiting strategy.

For the majority of the human race, social media is an integral part of daily life, but did you know that Facebook allows you to engage with passive and active job seekers at a low cost and with relative ease. If you want to have a company full of talented employees you need to position yourself in the middle of a qualified talent pool.

If Facebook isn’t playing a significant role in your company’s social media recruiting strategy, then you are missing out on a massive pool of potential candidates that may contain that one person who will make or break your next major project and help propel your own career to new heights.

Start by leveraging your current employs to expand your network. Encourage your employees, friends and colleagues to follow your company’s fan page, and share posts and job openings with their network. You never know who someone may have in their social network that could make an excellent candidate.

Facebook also gives companies the opportunity to advertise. Facebook’s ad platform has laser precise targeting abilities. With a Facebook Ad you can choose your exact target audience. After being asked a series of questions based on the people you want to target Facebook will calculate how many users fall into your search criteria and give you the option to pay based on how many people clicked on your ad, or pay how many people potentially saw your ad and set how much you are willing to pay.

Using Facebook for recruiting can help you get to know your potential job candidates. You can get a better idea of who will fit into your team and who won’t. It is not as easy as scavenging through resumes on the traditional job boards but when was the last time you found a great candidate that way? Facebook gives you the opportunity to do some old fashioned networking in the modern digital age and you know that is the best way to find great candidates.

Vow to Ditch your HR Recruiting Strategies Today Read Post Social Recruiting with Hashtags: Where to Draw the Line Read Post 4 Recruitment Trends to Watch Out for in 2020 Read Post