Pants on Fyre: What a PR Disaster Can Teach You About Employer Branding

Unless you have been living under a rock for the better part of the last two years, you have probably heard about the "Millennial Marketing Fiasco" that was the Fyre Music Festival. But, what can this failed music festival disaster teach us about managing you employer brand?

What started as one of the most brilliant marketing promotions of all time, the Fyre Festival has been a center of public fascination since it imploded on April 27th, 2017.   Founded by Billy McFarland, CEO of Fyre Media Inc, and rapper Ja Rule, the Fyre Festival was sold as a "luxury music festival" but ended up being nothing as promised. Now, two years after the fact, the festival and the horrific things that happened behind the scenes are being flung back into the public spotlight with two eye-opening documentaries on Netflix and Hulu.

So, where did it go wrong?  To help you get a better idea of their strategy, let one of the commenters from the now-infamous publicity video sum it up: 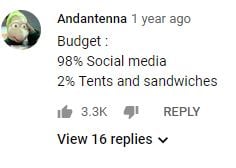 For the sake of *ahem* research, I watched both documentaries and here are a few things that I learned from the failures of the the Fyre Festival that can help  your employer branding efforts.

What the Fyre Festival Can Teach You About Employer Branding

Much like the Fyre Festival, the talent shortage has been all over the news lately.  According to SHRM (Society of Human Resource Management), 83% of HR professionals are reporting that they are having a difficult time recruiting.

What can help this effort? Focusing on your company's employer brand.  96% of companies believe employer brand and reputation can positively or negatively impact revenue, yet less than half (44%) monitor that impact.  This is profoundly affecting their bottom line since not only can organizations reduce employee turnover by investing in employer brand, but they may miss out on organically attracting talent since 84% of job seekers say the reputation of a company as an employer is important.

So, like the Fyre Festival, don't learn your branding lessons too late.

1. Don't Over-promise What You Can't DeliveR

The biggest, most obvious flaw of the Fyre Festival was good marketing and no follow through. You can post pictures of happy supermodels at a luxury music festival all you want, but if you can't deliver on said music festival, then it's a moot point.

For the Fyre Festival, one of the biggest segments of their PR strategy was focused around social media influencers.  Influencers are social media users that are defined by their ability to affect other people's thinking in an online social community. The more influence a person has, the more appeal that an individual has to companies or other individuals who want to promote an idea or sell a product. Fyre paid a lot of high-impact influencers to post a plain orange picture on their social media pages to promote their event. This simple strategy got the whole world talking about this event.

But, the impact of social media also quickly destroyed their reputation. The influencers that did attend the 'so-called event" quickly posted pictures of it in real-time as it self-destructed, including the now-infamous picture of a sandwich that was provided when they were promised a gourmet meal.

In this time of cell phone cameras and social media, there is nothing you can sweep under the rug. The whole world can now hear the good and the bad about your company with the push of a button. Not only through sites like Glassdoor, but through Twitter, Facebook, and Instagram. A quick search of your company name on these outlets can be very revealing.  You don't want to be the company that 55% of job seekers abandon after reading negative reviews online,

To prevent any potential negative candidate experiences, train your recruiters and hiring managers about the importance of the hiring journey. It's essential to maintain your reputation prior to hiring, because 78% of job candidates say the overall candidate experience they get is an indicator of how a company values its people.  And candidates talk.

3. Mistakes Happen: Get Ahead of the Messaging that follows

They should have some sort of trigger warning before the Fyre documentaries for event planners. As a marketer, I have planned quite a few events (admittedly none at this level) and watching this event collapse on itself was so anxiety-inducing that I was hiding my eyes at some parts as if I was watching a scary movie.

Why would you continue with this event when you knew that you had none of the things that you were claiming to offer? The answer *spoiler alert* often comes down money.  The underlying point of this festival was actually to promote an existing talent-booking app called Fyre. McFarland refused to cancel, fearing the money he would lose, yet he lost much more than money in the long run. If they canceled the festival in advance and refunded money back to their customers, they had a bigger chance of saving their brand and what could have been a successful app. But, they needed to get ahead of the issues at hand, and they almost seemed to pretend it wasn't happening and forge on anyway. Big mistake. As a result, co-founder Billy McFarland was sentenced to six years in prison and ordered to forfeit 26 million dollars.

If something negative happens in your organization, it's important to monitor and address these concerns immediately, as they are brought up. The longer you let them go, the more word of mouth can take over and make even the smallest missteps much bigger than they are. Taking accountability for your mistakes will make your employees and potential employees respect your organization and help you get back on track in removing any marks it can leave on your brand.

So, although there is very little hope for saving the reputation of the app Fyre or its music festival after this marketing fiasco, the lessons learned from their mistakes can give you a wake-up call to how you can effectively manage your own brand. This will help you to not only decrease employee turnover, but in a candidate's market, draw top talent to your organization before you even go looking for them.

Employee Referral Programs: What You Need to Know Read Post 5 Steps to Managing Your Glassdoor Company Profile Read Post How to Use Personalization Technology to Cut Through the Recruiting Noise Read Post