Jobs Near Me: Now Hiring in Houston 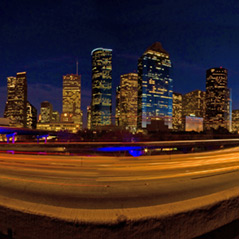 If you are searching for work in the Texas area, particularly in the Greater Houston metro, the outlook is becoming more and more favorable. While the sentiment for job seekers last year was admittedly bleak, job numbers are increasing and there is immediate opportunity in a number of prevailing and recently emerging industries—if you know where to look.

It’s well-known that everything is bigger in Texas, but over the past few years, that hasn’t translated into steady job growth. Recent job reports point to the on-going decline in the number of open or available jobs across the nation. In the Greater Houston area, certain sectors have been hit harder than others. That’s not to say that there aren’t a few industries resembling a diamond in the rough.

Hot in the Houston Market

With that being said, living and working as a Houstonian has its perks. Besides the diversity in industry and sheer number of Fortune 500 companies headquartered there, in areas such as overall cost of living, utilities, and transportation, Houston came in below the national average. Texas experienced the highest national population growth with record numbers flocking to Houston and Dallas suburbs, according to the U.S. Census Bureau.

Additionally, even in the wake of the 2015 oil crash, the unemployment rate in Houston has averaged well-below the national average. Real-time data aggregated from Career Builder indicates that the top industries hiring right now include: Central Freight and Trucking, General Medical and Surgical Hospitals and Nursing Care Facilities; i.e. skilled nursing professionals.

What if your skills or qualifications don’t match one of the top three industries? Not to panic! There are a number of booming industries and companies in need of qualified professionals right now.

First-line Supervisor of Office and/or Administration