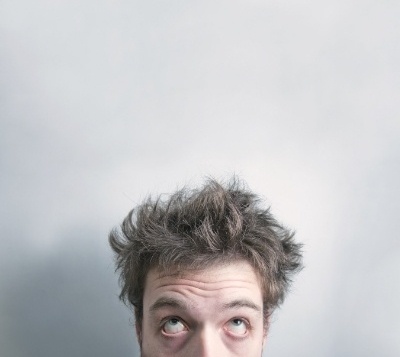 Trying to understand what it is about your leadership style that isn't translating into long-term happy employees? Well, you aren't the only one. A recently released study takes a scientific approach to identifying what exactly is motivating and retaining your employees.

With the holiday season behind us, the sentiment around the office is back to business as usual. After catching up on some much needed R & R, you are feeling re-charged, re-booted and ready to go. As a leader within your organization, setting the proper tone now is sure to help drive organizational success throughout the year. One minor problem. Some recently released data reveals that while you are ready to charge through enemy lines, your team of gladiators doesn't trust you to lead them to a safe and victorious win.

You know that a happy and healthy employee is an engaged and productive one, but how do you gauge happiness? Employee well-being is a critical but difficult area to manage. Many advancements in the tools and technologies have been made over the years; making collecting this data more accessible than ever. However, without an action plan, many know from experience that these insights will fall on deaf ears.

So how, in this digital age, can leadership move the needle of employee optimism? To better understand how to close this complicated loop, we joined forces with HRO Today magazine back in 2014 to do the unthinkable: take a scientific approach to measure perceived U.S. employment security. 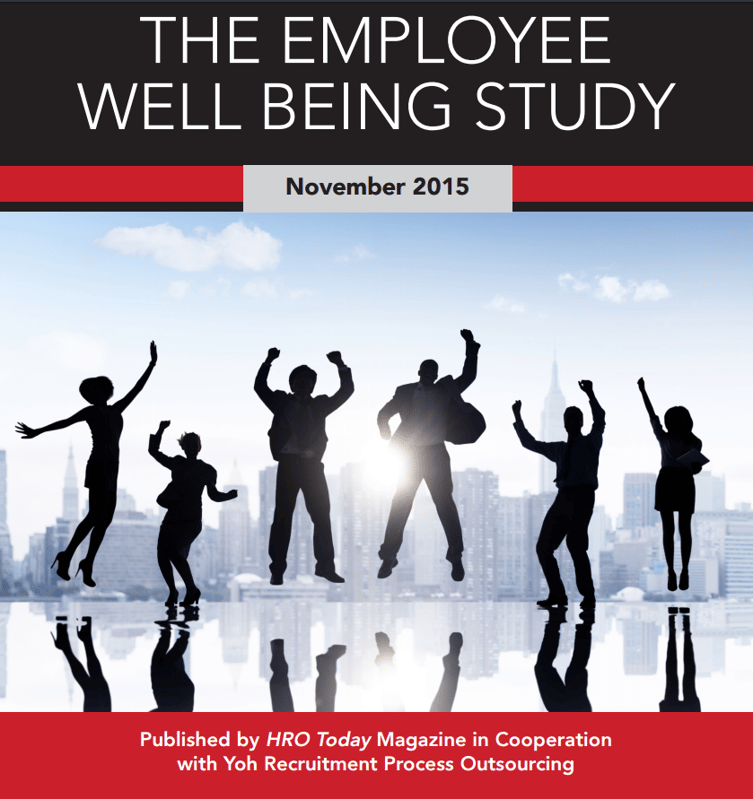 The Employee Well Being Study uses the four components established by Yoh and HRO Today – involuntary job loss possibility, likelihood of promotion, anticipation of a raise, and trust in company leadership. During the 3rd  and 4th  quarters of 2014 and the 1st, 2nd and 3rd quarters of 2015, survey results were aggregated, collected and analyzed against other well-known indices; such as the Consumer Confidence Index (CCI), unemployment rates, and the GDP rate.

Initially, the study set out to uncover whether a correlation between consumer spending and employee well-being existed. The theory being that high consumer spending habits were tied to job security. Below is the Employee Well Being Index that was developed as a result of the study. What it revealed is employee sentiment followed a similar pattern to the Consumer Confidence Index® (CCI), but as time went on, another delta was swiftly taking shape. 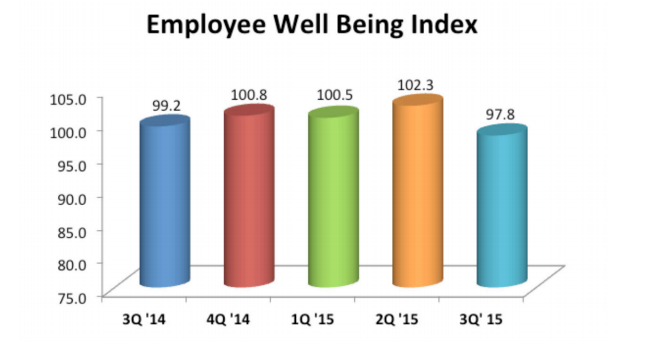 The Employee Well Being Index followed a steep decline in the Consumer Confidence Index® (CCI), which fell from 99.1 in October 2015 to 90.4 in November 2015. But, another notable area to look at is the CEO confidence as reported by The Business Roundtable CEO Economic Outlook Index. Interestingly, the Employee Well Being Index coincided with lower-than-expected 3rd quarter revenues reported by 57 percent of S&P 500 companies; the lowest level in nearly three years.

To close the loop on this blog, what can leadership do to take a proactive approach to employee well-being? According to Vice President of Recruitment Process Outsourcing (RPO) for Yoh, Andy Roane, it's all about staying ahead of the game stating, “As the talent landscape changes, employee sentiment has become more reactive than ever to external and internal factors such as economic health and company leadership. To identify the root of their stressors and provide ways to build positive sentiment, HR and company leadership need to take a proactive approach to understanding employee sentiment and discover ways in which to improve it.”

The first step is understanding your audience. By comparing the insights found in the Employee Well Being Study, you can assess employee sentiment at your organization. Additionally, included in the study are the three key takeaways that leadership, not HR, must take accountability for. By doing so, you'll be sure to create a lasting relationship with the people that matter most in the organization, your workers. 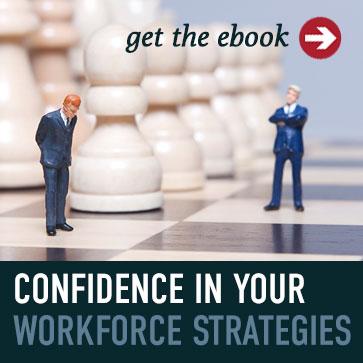