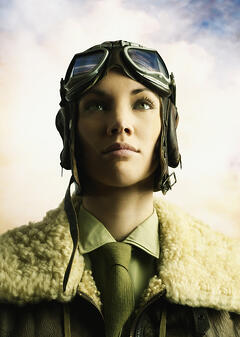 When you sit in that comfy (albeit somewhat tiny) chair in the sky, soaring tens of thousands of miles above the earth, how often do you think about what went into the construction of that aircraft? From the engine and wings to the mechanical deck and pilot’s cabin, there’s a lot that goes into keeping that multiple-hundred-ton piece of metal in the sky and you safe inside it.

While your favorite (or maybe your least favorite) airline companies probably come to mind when you first think about planes, it’s actually the manufacturers of those aircrafts whose role is most important in ensuring you get from Point A to B safely. With 360,000+ general aviation aircraft worldwide [1] and 58.1 million industry employees [2], the aviation industry is a fairly critical one not only for the sake of your summer vacations but for the U.S. economy as a whole.

But who are those 58.1 million employees? And who are the ones putting together these gigantic aircraft?

A client of Yoh’s is one of those companies that manufacture said airplanes. And not that long ago, they needed more than 300 highly-skilled Airframe, and Powerplant (A&P) licensed mechanics in order to finish the construction of one of its biggest aircrafts. Oh, and they needed these 300 mechanics at a single facility in less than 90 days to meet a strict construction deadline. And what would happen if that deadline were to be missed? Not much – other then the company would need to pay its airline client the difference in cost each day the deadline isn’t met (note: this is not a small amount of money).

So, did they meet the deadline? Let’s just say that after seeing how well Yoh did on this project, another company in the aviation industry was so impressed they hired us to do the same thing for a deadline it needed to meet.

The deadline to build the aircraft needed to be met and the client needed help to meet it in the form of more than 300 highly-skilled aviation mechanics. Despite the fact that the company was a world-renowned leader in aviation, finding 300-plus A&P mechanics in their nearby region is something they simply could not do alone. And they needed them in a matter of months…or else ($$).

Building a team of recruiters on location at the company’s manufacturing facility, Yoh worked at all hours of the night and week to find, fill and vet all of the positions the client needed from every corner of the nation. Using their vast networks and unique resources, Yoh recruiters not only found the mechanics and provided hands-on proficiency assessments, but had 150-plus additional candidates on stand-by in the event more mechanics were needed.

Deadline: met. Yoh was brought onto the project (along with a few other recruitment providers, who Yoh ended up outperforming by a 4-to-1 margin) and added more than 300 highly-skilled, fully-qualified Airframe and Powerplant (A&P) licensed mechanics in less than 90 days. Yoh is now considered the company’s preferred provider for recruiting services and received more than 50 percent of the company’s contract spend when the project was at its peak.

And also, by showing such tremendous success with this client, Yoh was able to partner with a similar aviation company that happened to be much newer to aircraft manufacturing, to staff more than 400 individuals on the production of one of their first large aircrafts.

We do what we say. So come find out how. 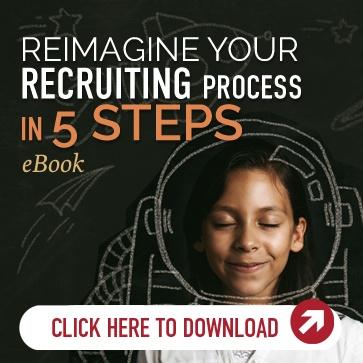