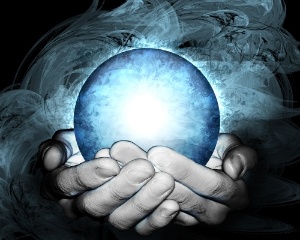 Over the past 10 years we have seen vast innovations in our technology. Companies like Apple, Google, Tesla, Facebook, and Amazon have all had a huge impact in our world. These companies have made new inventions as well as enhanced software to better improve our lives.

They've created cars smartphones and websites to help us communicate, travel, and get things at our fingertips faster. But, have you ever stopped to think that maybe all these companies are doing is replacing us and making us less useful? Imagine a world, where your job is being replaced by robots and machines because they can get the job done faster and more accurately.

Currently, people have less manual things to do than their predecessors, now that machines are doing most of the work for them. We are living in the 21st Century where technology is changing every day and allowing companies to grow and expand. Machines have already taken over many jobs in factories, farms and stores. Cars, clothing, and shoes are all being made, at least in part, by machines now. There was once a time when all these things used to be completely handmade.

Some companies and restaurants are now even using machines as cash registers. Fast food restaurants are also using computers so that you can order your food faster. For example, Wal-mart, Target, McDonald’s and many more. They are seeing how much easier it can be for a customer to scan their items and then pay. These companies are saving money but at the same time leaving people without a job.

Here’s another thought: workplace privacy. With technology being everywhere sometimes privacy can be a big issue. The vast amount of data swirling around with many points of entry mean that someone can easily steal someone else’s identity. Putting all your information all out there can really have a negative effect. Right now, we rely on a computer to tell us how much money we have in our bank accounts. In addition, people are using Bitcoin as money. This is cryptocurrency and it uses technology to estimate its value. Say if one day the systems were to go down and all your money was gone. What would happen then? We are relying on technology way too much. Everything we do in our everyday life involves technology.

Ten years ago, technology wasn’t as big as it is now. Not every single person you came across had a smart phone or even knew what software was. Comparing now to 10 years ago, technology is better and has made our lives easier but has also made face-to-face communications harder. Teenagers and even adults now have a more difficult time keeping up with a conversation because they prefer being on their phone and wondering what other people are doing. They prefer being entertained by their cellphone. When you are on your phone it’s like you are in your own virtual reality world. Like a world of robots. Our phones certainly help us in many ways but also hurt us in others.

Right now, I don't think technology has harmed our population very much but in 10 years I'm not sure I'll be able say the same thing. In 10 years, too many people will be depending on technology way too much and Robots and machines will take over humanity’s jobs. Society could lose life skills like communication skills, and we will become more isolated so that all we ever want to do is be in the virtual world. In the future, I can see offices (if we have offices) filled with people who can’t think for themselves. We would no longer be considered humans anymore. Are you willing to live in a society like that? The possibility of a future as I just described puts a great pressure on us to take responsibility and be more aware of what we are creating and even more considerate of how we use it.

About the Author: Erik Mendieta has been selected for two internships so far at Yoh and aspires to major in mechanical engineering in college. Currently in the 11th Grade, Erik captains his high school's soccer team and is a member of the elite "Starfinder" soccer club. His leadership skills and work ethic are second to none and make him a sound resource for inspiration and motivation in the workplace.