Should an Ex Stay an Ex? 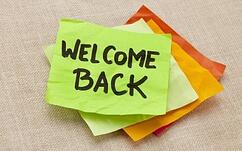 On Sunday, January 5th University of Louisville football fans were very disappointed to hear that their beloved coach, Charlie Strong, had accepted the job as the Head Coach of the University of Texas. How can UofL go into the ACC without Coach Strong? Who can take Charlie’s place? Will we have to start from square one? These were a few of the many questions swirling around Louisville; until Louisville Athletic Director, Tom Jurich, announced that former UofL coach Bobby Petrino would be their new leader.

The announcement came as a huge sigh of relief to some, but it left others wondering why Jurich would go back down that road with…an ex! Rehiring a former employee is very similar to dating an ex. Before deciding to entertain a “blast from the past,” there are a few things to consider:

1) What caused the breakup? (Why did the employee leave the company?): The first step to rehiring an ex-employee is to research why they are no longer an employee. Did they leave on good terms? Are they eligible for re-hire? How was their performance when they were previously with the company? If there are justifiable reasons for the split, an old employee could be an ideal candidate. Although Bobby P allowed himself to be lured away from Louisville by the NFL in 2006, his record at Louisville was awesome and he even won an Orange Bowl title. You can’t hate on a guy for wanting to accept a bigger and better role.

2) How has the “ex” changed during the split? Since leaving the company has the person developed new skills? Did they take the time to acquire a new level of education or professional certificate? If the employee was a value to your company in a past life, their new skills may be an added bonus to your organization. Most sports fans and pop-culture experts are aware of Bobby’s fall from grace at the University of Arkansas. To go from being a head coach in the SEC to coaching an up and coming Western Kentucky University program had to be a kick in the gut, but very humbling nonetheless. A humbled coach looking to stay awhile is just what we need!

3) How have YOU changed during the split? It’s important to be self-aware and understand the type of people you desire to employ. Will the employee be a good fit for the “changed" organization? Will they adapt to the new culture? Is the new direction of the company one that will allow that person to progress professionally? Although Louisville is not deemed a Tier 1 NCAA football team just yet, the program is growing and gaining national attention. As play begins in the aforementioned ACC this fall, Petrino CAN handle the pressure of a larger conference and understands what it will take to win.

4) Lastly, how will your loved ones feel about the reconciliation? How will the current employees view the re-hire? How will the re-hire affect the morale of the team? Even with ex-employees it’s a good idea to complete a 360o reference check as you would any viable candidate. Compare the feedback from others within the company against feedback gathered from companies that employed them during the break. Petrino was definitely a fan favorite. The list of candidates vying for the “top dog” opening contained some big names and experienced coaches that could propel UofL’s football program. However, the fans, alumni and University officials wanted a tried and true coach. One that has been successful in the past.

This blog was written by Felisha Short, an HR Administrative Assistant with Yoh. Felisha has a Bachelor of Science in Business Administration from University of Louisville and currently resides in Kentucky.