Sizeable Increase in Overall Index Led by Boost in Job Confidence,
Likelihood of a Raise and Trust in Leadership 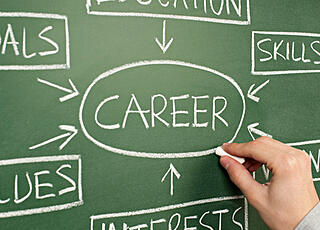 The consistent increase in the Worker Confidence Index throughout 2016 suggests growing optimism about workers’ faith in their employment situation. Similarly, the decreasing perceived likelihood of job loss corresponds with the falling U.S. unemployment rate.

“Over the course of the past two years, we’ve seen that worker confidence correlates quite closely with the health of the financial markets and increasingly, with the health of the employment market. This most recent WCI is a prime example of that,” said Andy Roane, Vice President of Recruitment Process Outsourcing (RPO) for Yoh. “With the most significant increase in ‘perceived likelihood of promotion’ coming from those under the age of 35, it should be comforting to HR and hiring managers to see employees are feeling confident in their work environments and growth trajectory early in their careers. However, the WCI did show an inverse relationship between the likelihood of promotion and age, as the older employees are, the less confident they are in an upcoming promotion. It’s critical that companies dedicate as much time and resources to long-term workers as they do to new and prospective employees.”

“While the WCI suggests that employee’s faith in their employment situation has been restored and employees are pleased with their jobs now more than ever, hiring managers should not be complacent with employee engagement,” said Roane. “In fact, now is the perfect time to assess and increase levels of engagement with employees across the organization. At Yoh, we counsel our clients to use positive worker sentiment as a foundation upon which to build upon and always strive to find better ways to create positive experiences, both for current and prospective employees.”

Women continue to report higher levels of confidence in job security than men, as only 7.4 percent of women thought a job loss was likely versus 12.7 percent men. In general, minorities tend to anticipate job loss more than whites, while the youngest and the poorest respondents reported the highest concern about job security.

Each age segment expressed more confidence in the company leadership in 4Q 2016 compared to 4Q 2015. The largest change was among the youngest group 18–25, which was up 11.4 percent.

There also remains a direct relationship between trust and income; as income increases, so does trust. Additionally, people with a college education are more trusting of company leadership, and minority respondents are more likely to trust leadership than white respondents.


Survey Methodology
Each month, HRO Today magazine employs ORC International's CARAVAN® Omnibus Surveys. Approximately 333 interviews are conducted online each month. Respondents are individuals age 18+ who are working full-time in the U.S. Quarterly reports are issued based on 1,000 responses per quarter. Respondents are asked a series of four questions. Each question uses a Likert-type scale where respondents rate each question on a 1-5 scale, with one being “Very poor” and 5 being “Very favorable.” The four questions asked are:  Involuntary Job Loss Possibility, Likelihood of Promotion, Anticipation of a Raise of at least 3% and Trust in Company Leadership. To view the entire study, please visit, www.HROToday.com.