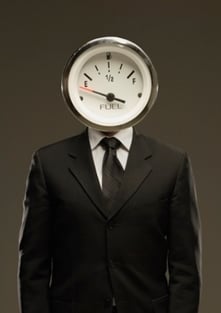 Overall, the Index decreased from 107.1 in Q1 2018 to 104.3 in Q2 2018, the first decrease in the Index since Q2 2017 and only the second decrease since Q4 2015. The fall was led by a steep decline in perceived likelihood of promotion, which fell by a notable 9.5 points, reversing the 9.7-point increase from the quarter prior. Interestingly during the same time period in 2017, perceived likelihood of a promotion fell by 21.4 points.

“While it’s certainly positive that the Worker Confidence Index is higher at this time in 2018 than it was in 2017, employers should pause and consider what causes workers to perceive such a drastic dip in likelihood of a promotion each time Q2 approaches,” said Jonathan Grosso, Senior Vice President, Enterprise Solutions, Yoh. “Though this dip in promotion prospects could be a sign of normal business fluctuations, it’s also a sign that businesses should be having more conversations with their workers about their career trajectories throughout the year. To retain high-performing talent, it requires a frequent dialogue and transparency between leaders and their workers about performance, expectations and goals.”

Overall, perceived job security increased from 100.0 in Q1 to 104.0 in Q2. Women continued to report higher levels of confidence in their job security compared to men in Q2 (a difference of 4.6% between the genders in expected job loss). However, the percentage of men who felt that they would lose their job significantly decreased in Q2 from 14.3% to 10.9%.

While women feel more secure about their jobs than men, they feel less likely to get a raise (23.3% vs. 33.9%, respectively). This has been a continuous pattern since the study’s inception. As employees get older, they continue to be less confident in a raise (8.3% for those 65 and older), while the age group most expecting a raise are those 25-34, as 47.9% feel it’s likely they’ll get a raise after their next review.