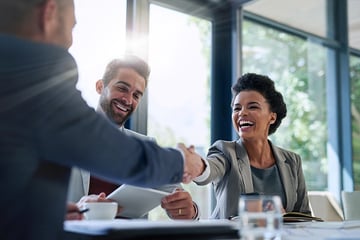 PHILADELPHIA, PA – February 18, 2022 – Following a significant dip in the middle of 2021, the U.S. Worker Confidence Index™ (WCI) rebounded and closed the year with an 5.1-point increase, going from 102.0 in Q3 to 107.1 in Q4 2021. The WCI, a survey of U.S. workers from HRO Today Magazine and Yoh, the leading international talent and outsourcing company owned by Day & Zimmermann, gauges full-time workers’ perceptions of four key aspects of worker confidence: perceived likelihood of job loss, perceived likelihood of a promotion, perceived likelihood of a raise and overall trust in company leadership.

Each of the four indices that make up the Worker Confidence Index either increased or remained relatively unchanged in Q4 compared to Q3. The perceived likelihood of a promotion and likelihood of a raise indices saw the most significant increases, going from 113.7 to 125.1 and from 106.0 to 114.9, respectively. The perceived job security index remained relatively steady, with a minor increase from 88.1 to 88.4. Finally, the trust in company leadership index was essentially unchanged, falling slightly from 100.2 to 100.1.

“With the most significant increases coming in likelihood of a promotion and a raise, it’s obvious that employees understand the challenges with hiring today and believe they have more leverage with employers than they have in past years. For those looking to hire, this certainly shouldn’t come as a surprise,” said Lynda Sheppard, Senior Vice President of Yoh’s DZConneX Total Talent Solutions brand. “Now, it’s up to employers to respond to the demands of current workers and prospective employees if they want to remain competitive. And it’s not just about money. Only by using innovative talent acquisition strategies, having good processes and consulting with the right talent and technology partners will it be possible to fill talent gaps. Right now, traditional hiring methods are too often failing to meet the demand.”

other key takeaways from the 2021 q4 Worker Confidence INDEX™include: