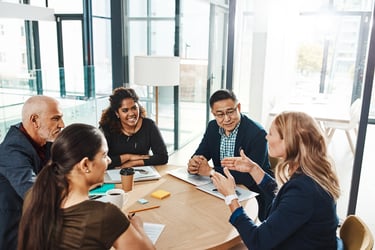 PHILADELPHIA, Pa. - October 2022 – In spite of renewed concerns regarding inflation and a volatile stock market, the U.S. Worker Confidence Index™ (WCI) gained tremendous ground in Q3 2022, increasing 9 points from 103.4 to 112.4 compared to Q2. The WCI now sits at the highest point it has been since before the pandemic. The WCI, a survey of U.S. workers commissioned by HRO Today Magazine and Yoh, the leading international talent and outsourcing company owned by Day & Zimmermann, gauges full-time workers’ perceptions of four key aspects of worker confidence: perceived likelihood of job loss, perceived likelihood of a promotion, perceived likelihood of a raise and overall trust in company leadership.

Perceived job security was the only index to take a hit in Q3, dropping a slight 3.2 points from 96.4 in Q2 to 93.2 in Q3, with 14.8% of workers believing they will lose their job or see their job eliminated in the next 12 months.

“This quarter’s WCI performance is a much-needed beacon of hope amid the less-than-positive economic indicators that have contributed to so much unease over the last few months,” said Emmet McGrath, President, Yoh. “However, employers must not lose sight of the challenges facing their employees – and themselves. As rampant inflation continues to put a strain on workers’ finances and a tight labor market continues to leave companies in certain industries under-resourced, it’s important for employers to implement strategies that maximize employee satisfaction and retention. At the same time, leaders must remain cognizant of the very real potential for financial instability in the near future. If today’s significant layoffs in the technology space and constant discussion about a potential recession are any indication, employers would be wise to proactively prepare for such volatility while remaining transparent with their employees in an ongoing effort to promote trust in their workplaces.”

Other key takeaways from the 2022 Q3 Worker Confidence Index™ include: