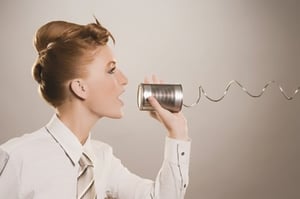 “Businesses should be encouraged by the rebound seen in the Worker Confidence Index, which continues the overall upward trend we’ve seen since the end of 2015. However, that also means it can be more difficult to find and recruit passive job seekers in today’s ultra-competitive talent market,” said Jonathan Grosso, Senior Vice President, Enterprise Solutions, Yoh. “With highly skilled talent as scarce as ever, companies must work harder to attract and retain great talent. Leaders must be proactive to ensure their workers are satisfied with their careers, trajectory and compensation. As always, transparency and a willingness to have consistent, honest conversations with workers is the key to preemptively identifying and addressing any workplace issues.”

Concern about job loss is arguably the most important indicator in estimating worker confidence about their current and near-term financial outlook. In 3Q 2018, as the U.S. unemployment continues to fall, workers perceived that job security remains nearly identical, rising just a tenth of a point to 104.1.

According to the 2018 Edelman Trust Barometer[1], the credibility of CEOs increased by 7% in 2018 to 44%. The WCI’s findings are consistent with this report as Q3 2018 results also showed an increased trust in company’s leadership to make sound decisions for the company and its employees. Interestingly, less than one-quarter of employees over age 65 – those most likely to have senior roles – trust company leadership. It was the only age group to see a decline in trust during Q3 2018.