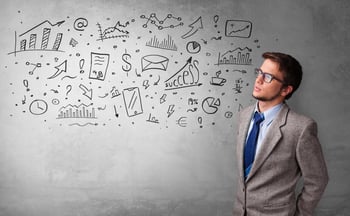 However, despite the small dip in Q1 2020, early results from April show a much more dramatic decline in worker confidence at the beginning of the month as statewide shutdowns and social distancing took effect more broadly.

In the first quarter of 2020, the WCI fell by 1.8 points from Q4 2019 to 112.4, marking the second consecutive quarter of decline. However, the index still remained higher than Q1 2019, as the impacts of COVID-19 were only beginning to show during the time the survey was fielded. The WCI survey is fielded during the first week of each month, meaning that American workers had just started to lose confidence in early March. Preliminary April results paint a much different picture, though, with the WCI falling to 94.3 for the month, by far the lowest month-over-month decline since the study’s inception.

“It’s clear from the first quarter results that American workers did not begin to recognize the severity of coronavirus or its impact on the workforce until social distancing and stay-at-home measures were put into place. Only after drastic measures were taken to shut down many businesses did workers see the potential impacts on their employment,” said Kathleen King, Senior Vice President, Enterprise Solutions, Yoh.

“With many states now considering reopening parts their economies, the responsibility lies on the shoulders of HR and talent leaders to implement ‘back-to-work’ strategies that are compliant with state and federal regulations to ensure worker safety.”

Overall, the Q1 2020 Job Security index decreased by 4.1 points, resulting in the biggest decrease quarter-over-quarter since study’s inception. In March alone, the Job Security index declined 5.4 points, followed be an even sharper decline in April (part of Q2 2020) of 12.9 points. Concern about job loss is the most important indicator in estimating worker confidence about their current and near-term financial outlook.

The only component of the WCI that went up in Q1 2020 was Trust in Company Leadership, rising from 109.8 to 111.9. In April, the trust index was even higher at 113.3. The confidence suggest company leaders are largely communicating effectively with their workforce and taking the necessary precautions against the pandemic. However, it’s important to note that the WCI only includes those working full time. Recently laid-off employees likely lave a much different perception of company leadership than those currently employed.

In January 2020, the Perceived Likelihood of a Promotion index stood at an all-time high of 132.3. Since then, it has fallen dramatically, down a total of 42.7 points to 89.6 in April. None of the components of the WCI has declined as much as the likelihood of promotion.