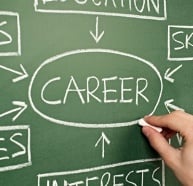 PHILADELPHIA, PA – American workers’ confidence is nearing its highest level ever in Q1 2018 and continuing a year-long trend of positive progression, according to the national Worker Confidence Index™, a survey of U.S. workers from HRO Today Magazine and Yoh, the leading international talent and outsourcing company owned by Day & Zimmermann.

“The results of the most recent Worker Confidence Index show that the strong job market has made workers more comfortable about current roles and future job prospects. However, that doesn’t mean companies and leaders can afford to become complacent in how they engage with their employees or future prospects,” said Jonathan Grosso, Senior Vice President, Enterprise Solutions, Yoh. “In today’s current job climate, where highly talented workers can be difficult to find and retain, it’s more important than ever that companies focus on providing an exceptional employment experience and work to enhance their talent acquisition capabilities in order to attract and retain high performing workers.”

From this point last year, women’s optimism about a raise actually declined 2%. Men reported slightly more optimism since last year, which continues a trend of men’s confidence in likelihood of a promotion for the last three consecutive quarters. In total, 28.1% of men said it was likely they’ll receive a promotion over the next year compared to just 15.9% of women.