What Does a Data Scientist Really Do? 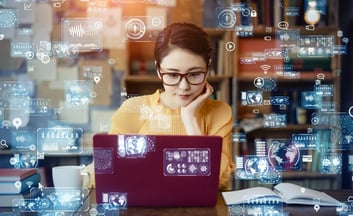 Data Science as we know it today knows no boundaries. Though its origin is rooted deeply in tech, it’s rapidly becoming a must-have function across industries, including Life Sciences, Healthcare, Retail, Telecommunications, and more.

Despite this prevalence, the terms “data science” and “data scientist” are often misunderstood and sometimes even used to describe a wide range of data-related work. When really, most Data Scientist roles require a fine-tuned skillset that incorporates a healthy mix of technical and business functions.

As an experienced Recruiting Team Lead, I’ve had the pleasure of matching many great candidates with their dream Data Science-geared roles. Here are my findings of what makes a great Data Scientist.

WHAT IS A DATA SCIENTIST?

There’s an unprecedented amount of data floating around today - which means companies need Data Scientists now more than ever. They’re bringing Data Scientists into the picture to transform a sea of data into actionable insights. With combined skillsets in computer science, statistics, and mathematics, they serve as big data wranglers, analyzing large sets of (sometimes messy) data. Most importantly, a Data Scientist’s goal is to tell a story with the data and provide actionable plans for companies.

But what’s so important about all of this data? Insights provided by Data Scientists can have a profound impact — both on a small and large scale! On a small scale, companies are better equipped to strategically and objectively solve their biggest problems, which can really impact their ROI and bottom line. On a large scale, Data Scientists can change the world for the better. Now, key industries can extrapolate and utilize massive data sets to develop life-saving drugs, solve population health needs, and even combat global warming and similar issues. If you’re a job-seeker exploring Data Science, you get to choose your focus.

While overlaps aren’t unheard of when it comes to the qualifications needed and responsibilities expected in each role, you’ll also notice that each role can be quite different from the others. Try checking out a few job descriptions to see where your skillsets align best!

Really, there’s never been a better time to work in such a critical field. When you’re applying for Data Science roles, you need to come prepared with a solid understanding of the core competencies recruiters seek in a candidate.

When it comes to education, you’ll find that most employers look for Data Science professionals with advanced degrees, such as a Ph.D. or a Masters of Science in Data Science. They’ll also consider Bachelor’s level degrees in Engineering, Computer Science, and Mathematics.

Having the right mix of technical and business-level expertise will also serve you well. ata Scientists must have a foundation in computer science, math, and data science and analytics. Some other must-have skills include predictive analytics, statistical modeling, big data, data mining applications, data visualization and storytelling, and data-driven decision making.

THE MOST CRITICAL BUSINESS SKILL

Finally, as a Recruiting Team Lead for this field, I need to stress the importance of knowing your audience! Most candidates that land a job in Data Science have top-notch presenting skills. That’s because this type of role is typically required to talk to mid-to-senior-level individuals about the data and, more importantly, at their level. More often than not, Data Scientists are tasked with presenting the same data, just to different audiences - i.e., to the CTO, CEO, Senior Scientists, internal teams and internal stakeholders. Sometimes, candidates are also required to give a short presentation (30-60 minutes) to different stakeholders as part of the interview process. Don’t be surprised if this happens to you! 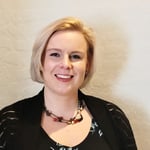 Caitlin is a Recruiting Team Lead on the Life Sciences team for Yoh's Specialty Practices,. Her expertise ranges across sectors, including Informatics, Data Management, Data Analytics,and more . In her role, she identifies and matches top-tier talent with career-changing opportunities within the Life Sciences industry. She spends her days building relationships with professionals who are both actively and passively looking to advance their career in Biotechnology, Clinical, Pharmaceutical, Medical Device, and various other Life Sciences companies. 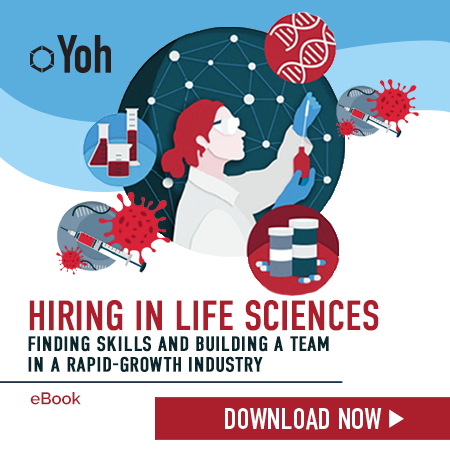