The Richness in Recruiting for Diversity 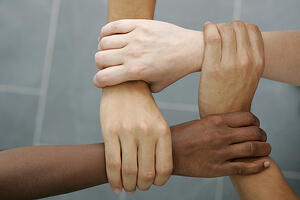 In recruiting, sometimes it’s not the size of the deal that matters most, but the story behind the hire. Simply put, we are in the business of finding people work. And for applicants with disabilities, there is no greater reward than being able to confidently say you got the job.The best piece of advice I was ever given when I began my career as a recruiter was to never be afraid to lose. When I first heard this, I thought to myself, “But wait? I want to win every time.”  Over time, as I transitioned in my career, the advice not only stayed with me but also stirred up some questions along the way. What exactly is a loss in recruiting? What is a win?

To define a ‘win” in our industry is landing a deal. But, how often do we step back and get the story behind the deal? How often do we place diversity ahead of commission? In my current role, I work directly with our delivery teams to implement recruiting strategies for our managed services provider (MSP) programs division. While the role in and of itself can be complex, it’s nothing compared to the challenges of recruiting in the MSP/VMS (Vendor Management System) space. Contractors continuously come on and off of assignment and it’s my recruiting team's job to redeploy contractors to the appropriate role while satisfying the client’s need first and foremost.

"But, what I’ve learned over the years is that the key to winning isn't in the details; it's about caring for the people you are representing."

In this type of recruiting landscape, it’s easy to go on autopilot focusing solely on filling the role in front of you. But, what I’ve learned over the years is that the key to "winning" isn't in the details; it's about caring for the people you are representing. Recently, we identified a fantastic candidate while working on a scientist role for one of the world’s largest pharmaceutical clients, located in Massachusetts. After posting a job on LinkedIn, a highly-qualified candidate emerged. The candidate then informed us that she was hearing impaired. 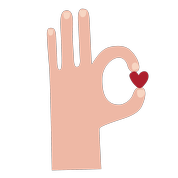 Now, let’s preface the fact that securing work is stressful in itself. This can be heightened for applicants with disabilities. However, the recruiter on our team did not let this deter her from moving forward. She  contacted the candidate via email and coordinated with an interpreter to discuss the role. Once the initial phone screen was established, the candidate was submitted to the client. The interview request was then extended and Yoh put our Carebridge benefits to use.

Our client was informed of the process each step along the way and the candidate nailed the interview. However, with the highs come the lows. After a positive interview, we were informed that the opportunity went on hold due to budgetary reasons. Through steady coordination, patience, and a can-do attitude, the client eventually called back specifically requesting the candidate we submitted two months prior for the role that had once been dead in the water.

Which brings me back to the advice bestowed upon me at the start of my career. We want to win everything, but that doesn’t mean we should. Recruiters have a great responsibility to learn about the candidates they represent and find them the best job on the market – for them.  As we all know in this industry, job opportunities can fall through, but good candidates should never get left behind.