The Pros and Cons of Hiring Independent Contractors 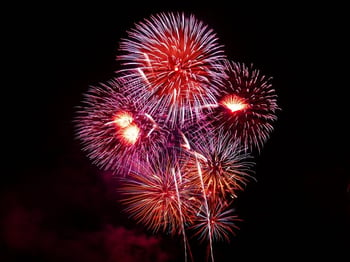 As Independence Day nears, we look at the meaning of what independence meant for our country in 1776. On that day, The Continental Congress declared that the thirteen American colonies were no longer subject (and subordinate) to the monarch of Britain and were now united, free, and independent states.

Much like our founding fathers, independent contractors like to maintain their sense of freedom. They can pick and choose what they work on, when they want to work on it. They aren't tied down to a company they don't want to work with, much like we didn't want to be tied to the British Monarch.

As of 2018, independent contractors made up approximately 10.1 percent of the United States workforce. This means that about every one in ten workers is independently working, so demand is relatively high for this particular type of workforce.

Often, when a company chooses to hire independent contractors, they are only hired to complete a particular project. Because of this, contractors are used to doing the same type of work all the time, allowing them to become experts in a given field. Their expertise makes them highly efficient workers compared to a full-time employee who most likely has many job duties to keep up with. With independent contractors, their work is likely to be top of the line due to the repetitive nature of their prior experience.

The government grants full-time employees many rights and protections that employers are required to abide by. Employers are not required to grant independent contractors this same level of rights and protections, so employers reduce their exposure to lawsuits by hiring them. For example, some companies occasionally have to battle wrongful termination suits, but these suits are not a factor with hiring independent contractors due to the lessened regulations regarding their employment.

Click here to download an eBook full of expert tips on how to develop a game plan to safely and effectively manage contract labor.

Employers do not hold the same level of authority and control over independent contractors as they do over their full-time employees. Since contractors are used to the independent nature of their jobs, they typically perform tasks in whatever way they know personally works best for them. If a temporary employer has a specific request, contractors will most likely accommodate them while still working in a predominately autonomous fashion. They are essentially their own boss, so a mutual understanding should exist between the employer and the contractor that contractors will expect some freedom in performing their duties. If an employer is someone who seeks full control over all their workers and projects, then hiring independent contractors would not work out best for them.

Since independent contractors are usually just hired to complete one project for a company, there is a chance that they will not put forth their best effort. They may make sure they complete the task and not worry about it being the best work they can do because they will never have to work for that employer again. Because of this, a full-time employee might do a better job than a contractor because they want to make a positive long-term impression on their employer. With that being said, the majority of independent contractors will do a great job completing a given task, but the potential risk is worth mentioning.

When a contractor makes something that can be copyrighted while they are working for an employer, the contractor technically owns that copyright. Unless it is stated otherwise in a contract, the company will not own the copyright to the contractor's work. If an employer is looking to hire someone for a very important project that they want to own after completion, then an independent contractor would not be the most strategic choice for them. Employers and contractors both need to be cautious when they sign a hiring contract.

Every company is different, so there is no set formula to determine which staffing model is best for each one. There is both advantages and disadvantages to hiring full-time employees or independent contractors, so finding the best solution for any company needs to be evaluated on an individual basis.

Ashley Keaveney received her Bachelor of Science in Marketing with a minor in Entrepreneurship & New Ventures from Penn State University in May 2020. She is now a Digital Marketing Specialist for Yoh, focusing on the growth of the DZConneX brand. Her passion for Marketing stems from her innate love for writing. 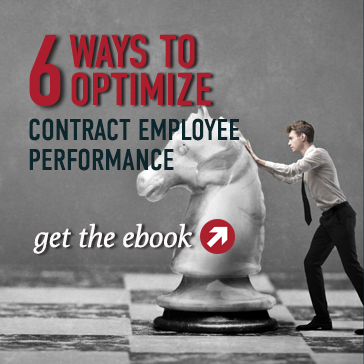