[HR] This Quality is Crucial for Team Building & Success 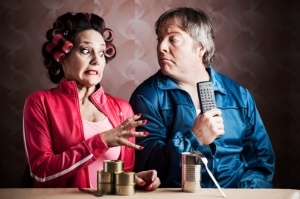 What are the first things a human resource manager is focused on when constructing the company’s team? Without a doubt, they want to hire the most experienced specialists, best performers, and exceptional achievers, so managers review resumes and pay close attention to the candidate’s background. However, there is one crucial element they often forget about: even the best professionals may fail when it comes to teamwork.

A resume does not reflect a candidate’s capacity to perform within a team. For example, empathy is not something we can identify through written applications. Instead of feeding the egos of their employees through rewards and incentives that emphasize individual input, managers should focus on cultivating empathy within the company’s team.

Empathy should not be confused with compassion. Compassion is a human characteristic, whereas empathy is an essential skill that can be developed. Recognizing emotions in other people’s actions is the first level of empathy. The team leader needs this skill in order to assign the right tasks to the right persons. They follow the reactions of the team; are they challenged, overwhelmed, intrigued, excited to get out of the box, or paralyzed by fear of failure?

Take Don, our fictitious manager, for example. If he doesn’t recognize the extreme fear or displeasure of some team members, he will not delegate the tasks successfully and he won’t get the expected results. If, on the other hand, his empathic capacity enables him to understand how people perceive his instructions, he’ll coordinate the team effortlessly. That’s how we get to the higher level of empathy, when we consider the way our words and actions would affect others.

Dev Patnaik, the author of Wired to Care, explains how Microsoft executives dealt with the situation when Sony’s PlayStation took the market by storm. The company was about to enter an unfamiliar territory, so the executives assembled a team of top-notch designers, engineers, and marketers to create the ultimate game console. Prior to this point, Microsoft hadn’t taken gaming seriously, so it took a lot of lobbying for the team to convince people that this project really mattered. When you read about the process through which Xbox was developed, you’ll notice that the team made an effort to predict the thoughts and preferences of the people in the company. They used empathy to understand where everyone stood and explain how this new project would launch Microsoft into a productive market.

The bottom line is – empathy is important. The only question is: how can managers boost this skill for use among their individual employees?

Teach them how to listen

Pay attention to the people in your team that speak without listening to what the other person(s) has to say. They always have a point to prove and they don't really know how to guide a conversation. Those are the ones to reeducate. The leaders and members of your teams have to be good listeners. Organize debates where everyone will be able to express their opinions. Act as a moderator and warn those people who are not paying attention to listen to what their “opponents” have to say.

Evaluate it during the hiring process

It’s always better to prevent than to cure. When you notice that a candidate for a certain position can’t stop talking about himself during the interview, you should be very careful. Ask tricky questions and engage him in a two-way conversation. Do you notice that he is carefully thinking about the things you say before offering a response, or is he simply talking without any considerations?

When scholars from Edith Cowan University (Perth, Australia) analyzed and compared the results of two teams of final year students, during a project they realized that one of them was highly successful while the other was notably dysfunctional. They realized that the members of the successful team trusted and respected each other, and they gave and accepted feedback without maintaining a defensive attitude. The team meetings were friendly and they always focused on the project. The members of the unsuccessful team, on the other hand, did not make equal contributions and eventually, made the group dysfunctional. There is one word that describes the dysfunctional team: ego.

The members of the successful team, however, were very empathic and they focused on the common goals instead of their individual success. That’s the effect you can achieve by praising teamwork. Don’t ask who did what during a project; always look at the final result and praise all members of the team equally. If you notice any problems among the members of the team, try to smooth things out and explain the importance of the project.

You won’t turn your employees into empathic human beings in a single day. We all have the potential to watch other people’s reaction and understand how our actions spark their emotions. When you make everyone aware of this important skill and you teach them how to practice it, you’ll notice a more favorable working environment sooner or later.

As the levels of empathy in the organization grow, the employees learn how to ask the right questions, offer the right answers, improve their leadership and collaboration skills, and make the communication within the team much more effective.

Micheal is a Content Manager at resume writing service Resumesplanet. He's psyched about marketing, business, blogging and SMM. In his parallel life, he loves hiking and can't wait to see the Himalayas one of these days. Follow him on Twitter and Facebook.