3 Of the Arguably Most Annoying Aspects of Performance Reviews 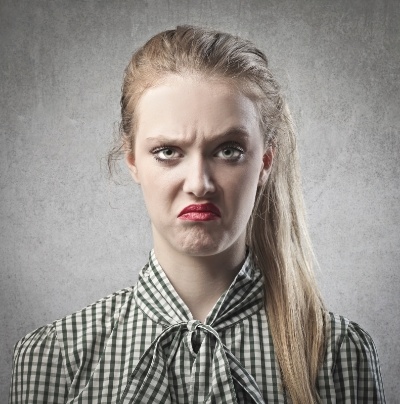 We are entering the thick of performance review season. Both managers and employees can’t wait for them to be over; causing many companies to rethink the way they evaluate performance.

Performance reviews come from the best of HR intentions. You evaluate your employees in order to encourage and motivate them to do better. However, in a 2014 survey by Deloitte, 58 percent of HR executives said their performance management was weak in achieving those goals.

That is because there is a disconnect between your dream review process and its effectiveness in real life. In the Deloitte survey, 47 percent of respondents said they were currently evaluating or planning to review and update their performance management process.

3 of the Arguably Most Annoying Aspects of Performance Reviews

There are three aspects of traditional performance reviews, in particular, that have become well, a nightmare. Learn what you can do to transform pivotal interactions between employee and manager from negative to positive.

It’s difficult and time-consuming to schedule performance reviews with individual employees, which is probably why so many companies decide to give formal feedback only once a year. The thought process is that an annual meeting is more time-efficient than several throughout the year. Given how ineffective these reviews can be, however, they end up wasting more time than they save.

If Laura did particularly well on a project in March, but isn’t reviewed until December, she’ll be left wondering why she never received acknowledgement earlier. Or, what if you feel Mark’s been performing below expectations all year. When you finally bring it to his attention during his annual review, he’ll be frustrated by the fact that nothing was said sooner.

Yes, annual reviews only take fifteen minutes or so, per employee, but think about what else you’ve lost in the twelve months between those discussions. Employees go for months not reaching their potential or being less motivated because of a lack of appreciation. Providing ongoing feedback, instead of just annual reviews, could have easily fixed these problems.

Meet with your employees formally after major projects or when they’re given new duties. Make time to check-in with them and ask how they feel they’re doing or if they’re facing any issues. By doing this, you and your employees will always be on the same page about their performance.

What’s the one thing reviews from superiors, peers, and yourself all have in common? Scale ratings. These traditional “on a scale of one to five” ways of rating skills are meant to provide an easy and equal way to evaluate all your employees. But telling an employee she was given a four for leadership skills doesn’t tell her exactly what she’s doing right, or wrong, or how to improve.

Make sure your evaluations give specific feedback to each employee. Ask open-ended questions that require you and the rest of your team to really consider how someone is performing.

Additionally, be sure the skills you are spending time reviewing are related to the employee’s job. It’s a waste of time and gives no valuable information to rate a web designer’s skills in customer service. Customize forms and rules to each position so that employees get the most useful feedback from them.

It Focuses on the Past

One of the top reasons employees decide to change jobs is a feeling of not being able to develop or advance their career. In a 2015 survey by LinkedIn, 45 percent of job seekers said they’d left their old job because of a lack of opportunities to advance. Performance reviews are a perfect chance to show your employees that you care about their career path.

Unfortunately, most reviews tend to focus on the past, not the future. They tell employees what they did right or wrong, and how they can better meet company goals, not their own. In a 2014 survey by Brandon Hall, 64 percent of organizations said this fault in traditional evaluation was a critical priority that needs to be addressed.

It’s time to make performance reviews more developmental for the employee. Spend time discussing their goals and how they can accomplish them. Track each employee’s improvements as well as give them feedback on how you think they are progressing on their career path. This will not only improve their motivation, but also show them that you want them to succeed.

In what other ways can we turn nightmare performance reviews into a dream? Chime in by providing your feedback in the comments section of the blog.

Andre Lavoie is the CEO of ClearCompany, the first talent alignment platform that bridges the gap between talent management and business strategy by contextualizing employees’ work around a company’s vision and goals. You can connect with him and the ClearCompany team on Facebook, LinkedIn, and Twitter.