Breaking Down Gender Stereotypes: Why Women Are Seen as Better Coders 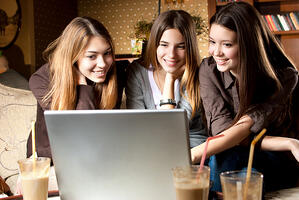 According to recent studies, women are better programmers than men, and their code, gets accepted more often. However, it happens only when they are not identifiable as women as found in  research from GitHub.

GitHub is an online community of more than 12 million active users who contribute to various projects by suggesting their own solutions. Some users collaborate and work on the same project, while others, so-called “outsiders,” can also submit their solutions to any project of their choice. Such solutions may be either accepted or declined.

The researchers obtained gender data of 1.4 million users and found out that acceptance rates of women exceeded those of men in every programming language. When women’s profiles didn’t contain information on their gender, the acceptance rate was 72%. However, if they identified themselves as women, this figure dropped to 62%. This study has revealed two facts. First, women are better coders. Secondly, the tech community, which is 73% male, is biased against women.

Why Are There so Few Women in Tech?

Google is one of the most diverse tech companies, and yet there are only 20% of women working there as engineers. Why are there so few women in tech positions? First of all, the sad truth is that, even in 2018, some men think that women are not the best fit for programming due to their inherent biological nature. The situation can be compared to the infamous James Damore’s misogynistic internal memo that revealed sexist stereotypes popular among male coders. Damore, who worked at Google’s HQ in California, stated that Google is suffering from “left bias” and “politically correct culture.” He wrote that women deal with stress worse than men and their biology makes them prone to anxiety. After this memo, Damore was fired, however, firing one bad apple cannot solve the global problem.

The situation hasn’t always been so bad. Quite the contrary: in the 1940s, the first coders were women. Things started to change in the 80s when personal computers were widely advertised as new toys for boys. Unfortunately, that cultural stigma didn’t go anywhere. The image of a male “geek” had become a common stereotype in the tech industry, however, discrimination and sexist stereotypes are common problems in many other industries as well. For instance, male company founders get funding 86% more often than women. Although companies with gender diverse leadership demonstrate a 34% higher return on investment, female entrepreneurs need to struggle against male-dominated, hostile business environments.

As a result of such a biased social atmosphere, girls are less likely to start studying computer science. For example, there are about 16% of girls among computer science undergraduates in the USA and the UK, however, the situation is different in Asia. In India and Malaysia, the proportion of girls exceeds 50%.

Challenges of Being a Woman in Software Engineering

The first problem that affects gender diversity in tech is a lack of the right education. Some women are interested in programming but don’t have the specific education needed. However, this problem is often addressed by employers. Many companies have noticed that it’s easier to train their own coders than to teach a professional programmer all the nuances of a certain industry. For example, companies that develop software for the healthcare sector often hire doctors and provide them with the necessary training in technology.

Another problem is much more serious. It’s a confidence gap. Because of the common sexist stereotypes, many women think they are not a good fit for coding. According to research, female coders with more than eight years of experience demonstrate the same confidence about their skills as male coders with no experience at all. Such a strange tendency is a result of both men overestimating their skills and women underestimating their experience. Lacking confidence, women often fail to objectively describe their skills during an interview. In addition, research by HP revealed that women apply for a promotion only if they meet all the necessary requirements, while men consider themselves a good choice for promotion if they meet just 60% of the requirements.

These problems, along with sexual harassment at the workplace and sexist behavior of male coworkers, make it very difficult for female talent to find their place in tech, as well as in many other industries where gender bias are still strong.

Female Coders Who Changed the World

This woman changed programming forever. Her idea was that if computers are used in non-scientific fields, people may need new, simpler and understandable programming languages. Her theories were accepted only after many years of struggle, but she became a woman who developed the first programming language that used words instead of just numbers — Common Business Oriented Language (COBOL).

ENIAC was a group of six female engineers that worked on the creation of the first programmable computer during World War Two. The first all-electronic machine was created for the US Army, and when it was finished, these women didn’t receive any recognition for their effort.

Clarke worked with Alan Turing on the project aimed to break the German Enigma code during World War Two. Her team also developed the earliest computers, which were dubbed “Turing Bombe machines.”

This woman was director of the AGC project. This abbreviation stands for “Apollo Guide Computer.” All of the programs for the Apollo 11 mission were written from scratch because nobody had ever created such software. Thanks to Hamilton, the first moon landing became possible.

Why Women Are Better Coders

In 1967, Dr. Grace Hopper said that programming is a natural thing for women. She compared it to planning a dinner, where you should plan everything in advance and schedule different actions in order to obtain satisfactory results. Such a simple explanation would be understandable even for conservative men who are used to thinking of women as just dinner-makers and housewives.

However, there are other reasons why women are indeed better at coding, and the main reason is a phenomenon called “survivorship bias.” Simply put, if a woman has managed to become a coder, despite all the challenges of this profession, it means that her professional level is higher than that of her male colleagues. Sarah Myers, a technical writer at Masterra, notes: “There are more female software developers with Ph.D. degrees than men. They have to be better to receive at least the same recognition as their male colleagues. Female coders make sure their code is spotless because they know they are going to deal with more criticism.” To overcome all the challenges of this profession, women should be confident in their abilities, which means being more qualified than men. Thus, if a woman succeeds as a coder, she is certainly producing clean, quality code.

There is no secret that gender stereotypes still exist in many industries, and software development is no exception. It turns out that women are better coders than men, however, they don’t receive fair recognition. Unfortunately, solutions from female contributors are more likely to be accepted if women hide beyond gender-neutral profiles. Even though women have created programming as we know it, a few of them have managed to succeed in this hostile industry dominated by male coders. Women are better at coding because they have to struggle against bias and sexism. Thus, the only way to become a successful female coder is to be better than all of your male colleagues.

About the Author: Berta Melder is an experienced brand manager, content strategist, novice entrepreneur and co-founder of the Masterra Writers. She cooperates with different education courses covering a broad range of digital topics as a guest lecturer. Also, Berta is a regular content creator for many websites. Follow her on Twitter.

Women in Engineering: How to Break into Avionics | Part 2 Read Post Tips for Recruiting and Retaining Women in Technology Read Post Back to Work Podcast: Women in the Workplace Read Post 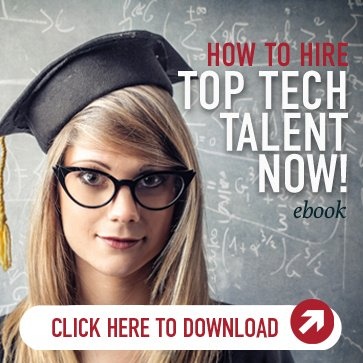