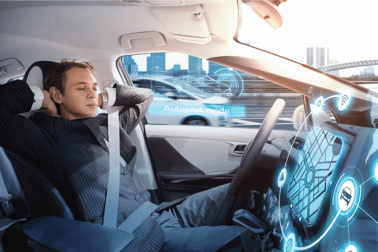 More and more electric vehicles (EVs) and autonomous vehicles (AVs) are taking to the streets every day. Concerns surrounding functional safety, or the overall safety of a vehicle’s system and equipment, remain at the forefront of the conversation.

To fully understand the benefits and dangers of EVs and AVs, it’s helpful to learn about the automation that current vehicles offer and that future vehicles strive to attain. As established by SAE International, there are five distinct categories defining any particular vehicle’s level of automation. Awareness of those categories should serve as a good start to understanding the basics of vehicle automation.

From no automation to fully automated, here’s the breakdown of each level and some roles that play into functional safety.

The cruise control system is standard for most modern cars. Once you're at the desired speed, you can set your cruise control with the click of a button. Your vehicle will maintain that speed you set until you pump the brakes or manually turn it off. You can also accelerate or decrease your speed while the system is on.

This next level is inclusive of Adaptive Cruise Control (ACC) and lane assist. ACC goes above and beyond your basic cruise control functionality. It not only maintains the speed at which you set it, but it also maintains a safe following distance between the car in front of you.  It also automatically brakes and accelerates with traffic, a huge bonus for those driving long distances. Lane assist primarily comes in handy with highway driving. When "on," this system helps keep you in the lines and nudges you in one direction or another when veering off. However, the driver is still responsible for keeping their hands on the wheel and course-correcting.

Moving towards more automation, Level 2 offers what is referred to as “partial vehicle automation.” It applies to vehicles with advanced driving assistance systems (ADAS). This level provides all the bells and whistles of Level 1 while also offering steering assist. It will keep your car in the lane all by itself, as well as take over steering, braking, and acceleration when in use.

Once again, drivers must remain alert with this level of automation. Although the system is doing the most work, it’s not foolproof. Some examples of Level 2 systems include Cadillac Super Cruise, Tesla Autopilot, Volvo Pilot Assist, and Audi Traffic Jam Assist.

Level 3 incorporates current and future vehicle automation capabilities - a significant leap from a technological perspective. At this level, a number of driver assistance systems and artificial intelligence (AI) are utilized to make decisions. Those decisions are made based on the changing driving scenarios around the vehicle, or “environmental detection.”

Concerns surrounding functional safety and liability are at an all-time high when it pertains to Conditional Driving Automation. While Level 3 autonomous vehicles are permitted in Japan and South Korea, they are not allowed on UK or US roads. The debate surrounding what is and isn’t legal is taking place in California, Nevada, Florida, and Washington D.C.

In July 2021, Germany became the first to allow Level 4 AVs on their roadways. The most significant milestone Level 4, or “High Automation,” offers is driverless automation. In this case, the car doesn’t need a human to drive and is fully autonomous within specific areas.

But, what do I mean by “specific areas''? So far, the technology has been used in driverless taxis and public transportation vehicles. They’re programmed to travel from one specific location to the next. Furthermore, geofencing technology restricts Level 4 AVs within specific geographic boundaries.

The world has yet to see a Level 5 AV. The ultimate goal for these vehicles is to be self-driving without restrictions on location, geo-fencing, or weather conditions. Ideally, they’ll be equipped to go everywhere and anywhere they’re told to go.

The most peculiar difference between Level 5 autonomy and previous levels is that the vehicles won’t be equipped with a steering wheel or pedals. If that’s not enough of a draw, they’ll  also be voice-command operated!

It’s important to note that not every car uses the same systems for automation. Variations in systems and levels of vehicle automation are disrupting the automotive industry, especially with changing legislation on what technologies are allowed on the streets. New technical roles and subject matter expertise are needed at IT companies to build systems with functional safety in mind.

Tech companies developing automated systems for EVs and AVs need to be equipped with the most knowledgeable and innovative talent. Hiring the right experts to fill your functional safety roles all boils down to working with the right partner. Some key roles to consider adding to your team include:

To learn more about the key roles and trends within the AV space, turn to SAE International - aka, the source of my learning that inspired this article. Happy hiring! 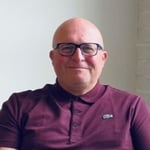 Gary supports Yoh's UK and European operation as Principal Recruitment Consultant with a specialized focus on the Automotive and Functional Safety industry. He brings over 20 years of recruitment and operational experience to his role. His excellent communication skills and proven ability to foster long-lasting business relationships with key client and candidate stakeholders are paramount to his success.

Will Artificial Intelligence Take Over the Recruiting Process? Read Post The Future of Work is Paved with AI Read Post DevSecOps: What exactly is it and why do it? Key Considerations When Implementing Read Post 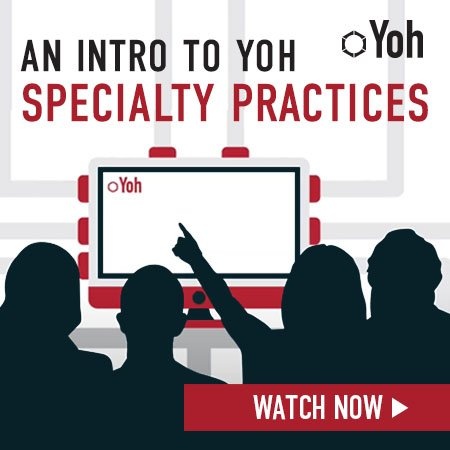