62% of Americans Would Prefer an In-Person Interview

Majority of Americans Want to be Interviewed Face-to-Face, Citing Personal Connection, The Risk of Technical Issues and More

PHILADELPHIA, PA – According to a new survey of more than 2,000 U.S. adults conducted online by The Harris Poll on behalf of Yoh, a leading international talent and outsourcing company and part of Day & Zimmermann, 62% of Americans would prefer to be interviewed for a job in-person rather than virtually if given the choice.

Among Americans who say they would prefer an in-person interview, reasons include:

“In this technological era, companies are consistently finding faster, better ways to streamline the recruitment process and open the door to a wider range of hiring opportunities,” said Emmett McGrath, President of Yoh. “But Americans’ skepticism of virtual interviews highlights the need for human interaction throughout the recruitment and hiring process. While virtual interviews can offer a wider reach and can often be quicker to schedule, they should not be replacements for face-to-face interaction and the personal connection provided by highly skilled recruiters.” 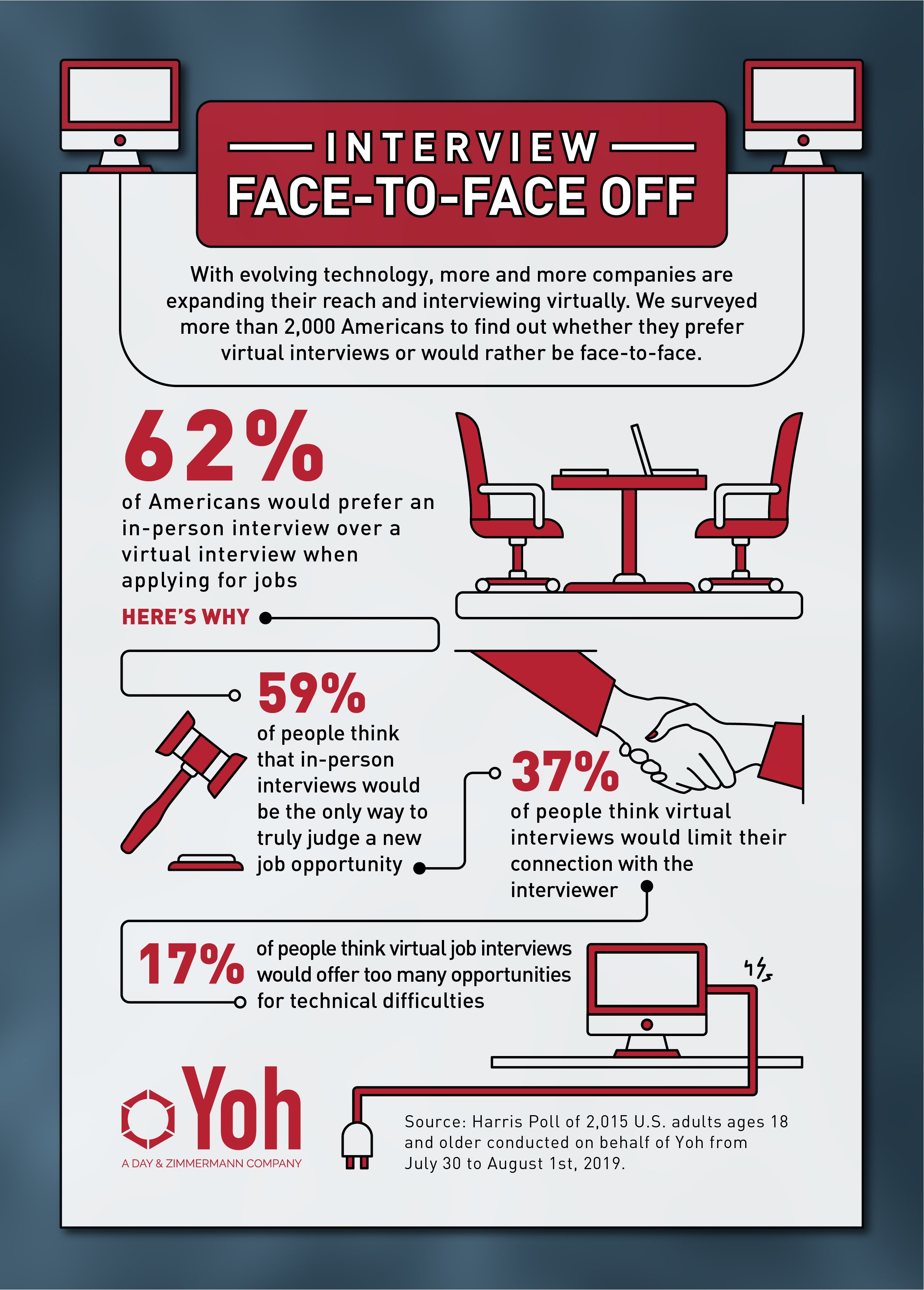 SURVEY METHODOLOGY
This survey was conducted online within the United States by The Harris Poll on behalf of Braithwaite from July 30 – August 1st, 2019 among 2,015 U.S. adults ages 18 and older. This online survey is not based on a probability sample and therefore no estimate of theoretical sampling error can be calculated. For complete survey methodology, including weighting variables and subgroup sample sizes, please contact Joe McIntyre at joe@gobraithwaite.com. 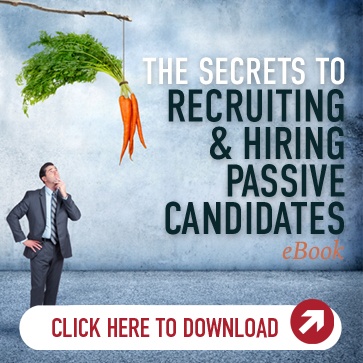